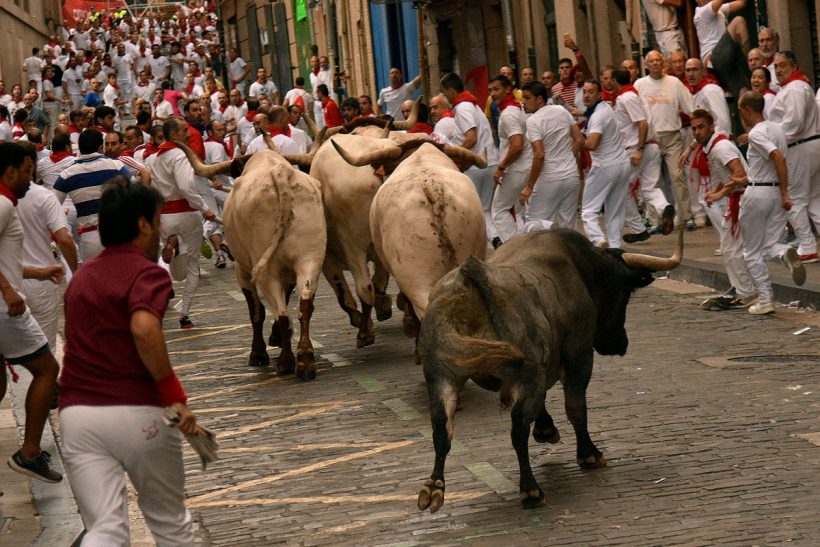 The José Escolar fighting bulls are clearly rebels by nature. One year could be considered just a coincidence, even two could be pure chance, but three times in a row seems too much…his bull-ranch has taken part in just three Running of the Bulls and in all three one of these, the Escolar bulls have featured in a hair-raising quirk that begs for a logical explanation. Today, in this second Running of the Bulls of Sanfermin 2017, yet again it has taken place.

It all began in 2015, the year of the debut of this bull-ranch in Sanfermin fiestas. A bull, by the name of “Curioso” became part of the history of the Pamplona Bullrunnings when it refused to run and indeed, did not run the course. The incident was so rare that even Kukuxumusu dedicated one of its T-shirt drawings to this defiant rebellious bull 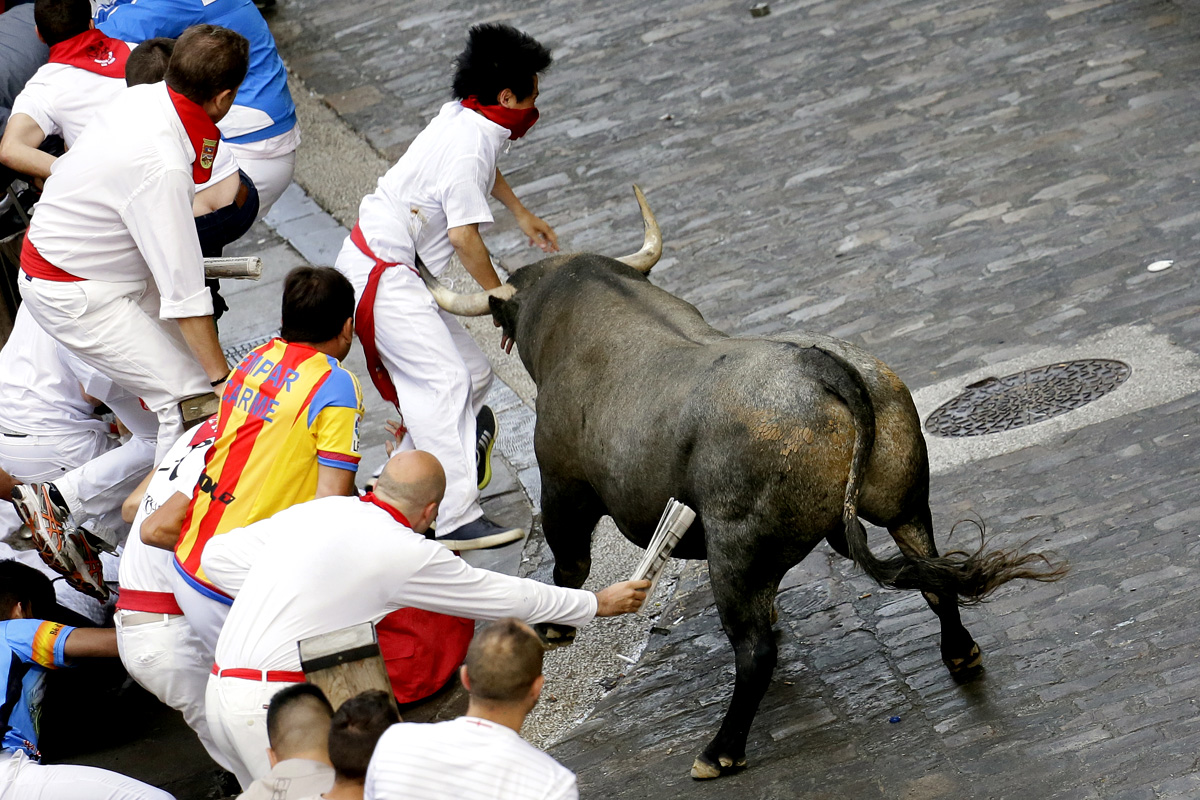 Last year was the turn of “Cuentacuentos”, another defiant rebellious bull that turned back in Santo Domingo and was only persuaded to run when the “sweeper-up” bell-oxen were released to lead the bull along the course to the bullring. This year, 2017, has seen an exact repetition of events. An Escolar bull by the name of, “Diputado” also turned back as soon as it left the pens, and refused to run ahead. Once again, only with the help of four bell-oxen who are used as “sweepers-up”, whenever bulls get loose along the course, did the fighting bull come back onto the course and complete its run alone. Luckily, this “Diputado” bull proved to be quite docile and it ran the whole course without paying much attention to the runners and it did not create any dangerous moments along the way. A rebel bull it was but luckily not too much so.