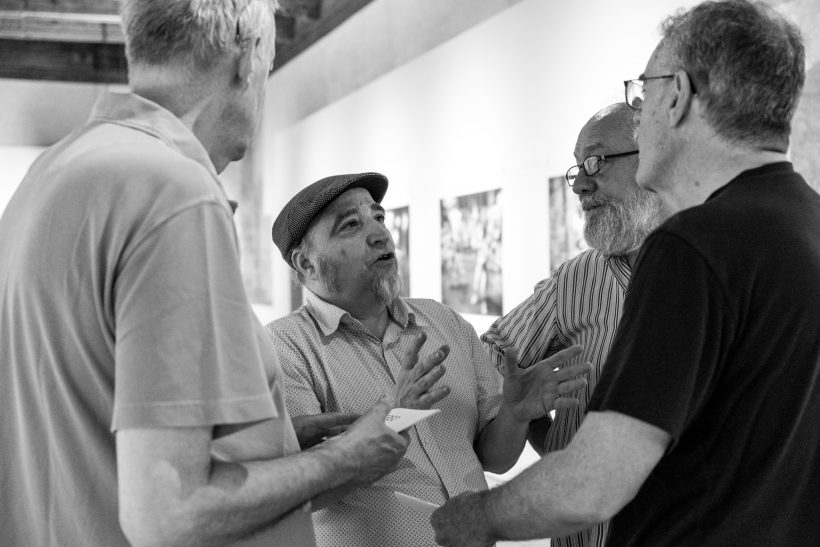 Luis Azanza, the magnificent photographer with the cap, has died in Pamplona at night. The loss of him leaves us afflicted with him because we have shared many good San Fermin moments with him and with his people and we had a lot of affection for him and his work. His photographs gave meaning to the first Sanfermin bull runs and festivals that this website covered. He accompanied us with the images of him for a few essential years. We have a magnificent legacy of photographs from San Fermin that will allow us to remember it forever. Rest in peace.

Since 2008 Luis Azanza was the founder of Aloa Comunicación and expanded his knowledge to other techniques such as video and animation, successfully developing works for different companies and initiatives. As a current affairs photographer, his work for El País newspaper was significant, where he also made portraits that have left their mark, such as those made for Karmentxu Marín’s articles.

Universo SF was an exhibition that in July 2019 perfectly and with great pleasure summarized Luis Azanza’s vision of the party. This work belongs to his photographic essays, among which were also up to six outstanding works. In this video from amplonatelevision.es we can take a look back at that moment and listen to Luis’ own words.

We have been able to see Luis Azanza’s Sanfermin photographs in the main capitals of the country because he had a special ability to collect those moments that confinement offers you if you know where to look. Beyond the confinement, Luis’s work has become immense in actuality and artistic work, such as the exhibition «Minimal Instances» that was held at the Contraluz Gallery of the Agrupación Fotográfica y Cinematográfica de Navarra in 2009.

We recover these two images to remember: in the first, one of the few without a cap, corresponds to a course taught by Jean Dieuzaide at the Navarra Photographic and Cinematographic Group in 1985 where we can see him together with Koldo Chamorro, Mikel Goñi, Juan Ignacio Delgado and others. 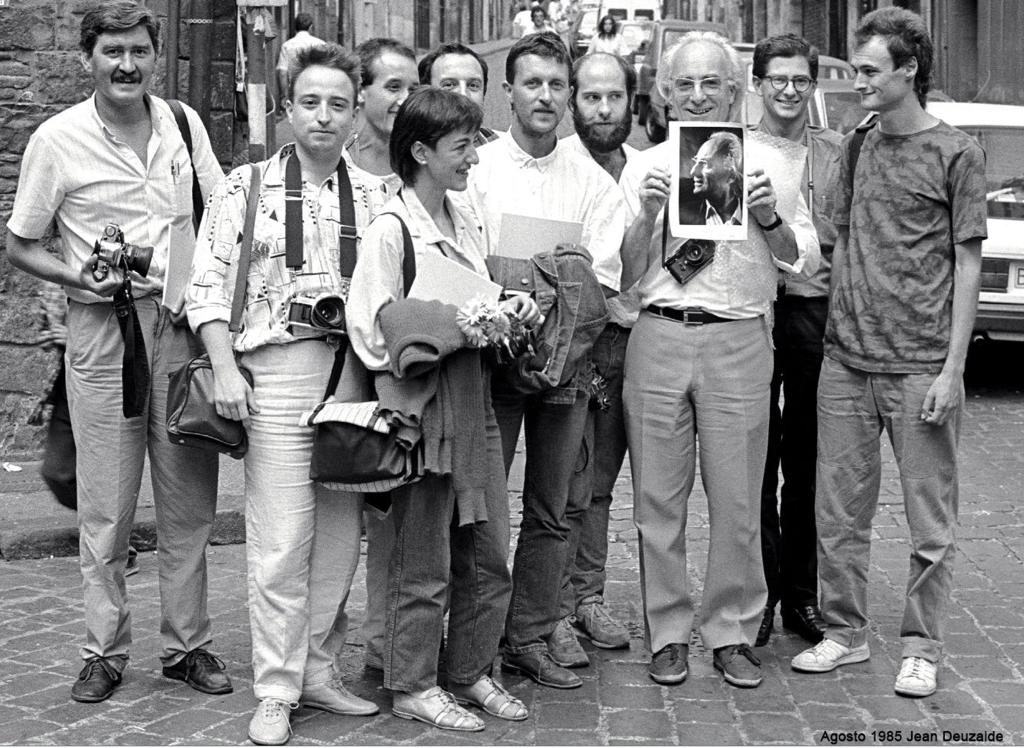 The second image helps us to recover a moment of those typical of a photographer in San Fermín. We see Luis Azanza dodging the bull of fire with the characteristic posture of reserving the chamber of sparks.

The running of the bulls and Luis Azanza

The confinement had few secrets for Luis Azanza but he worked with the pressure of having to comply with the pages of El País every day. His choice of the opportune moments and the mastery of the technique made him a reference in the photography of the confinement forever. We have rescued a selection of images published on sanfermin.com that make this statement clear.

Luis Azanza, entered the world of photography at the age of 16 in a self-taught way, looking for a form of expression that reflected the aesthetic and social transformation that the country was experiencing. Already in the 1980s he began working as a photojournalist in national and regional media, such as El Día, Diario 16, Cambio 16, El País, Diario Vasco, Deia, etc. He has also published in foreign newspapers and magazines such as Le monde and Público (Lisbon).

An independent profession that extends to the present day and that has opened up to corporate, industrial, advertising and illustration photography. At the same time, he has been developing personal work that allows him greater creative freedom and experimenting with different techniques, some that go back to the origins of photography as pinhole photography. The objective is to continue exploring the complexity of the image, without forgetting that it is a language and that as such, it has a grammar that must be known in order to break it. 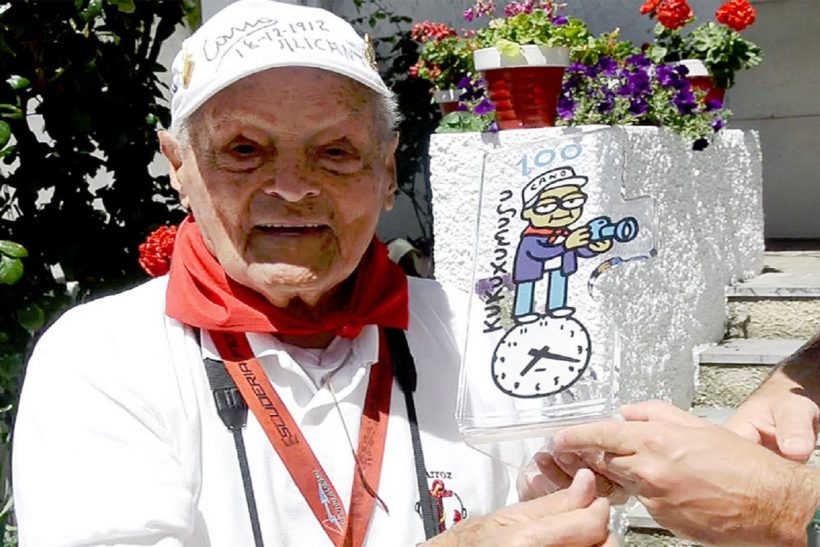 Canito is going to be missed. Indeed, he had already stopped coming to his annual date with Sanfermin due to his health problems. But up to a couple of years ago he never failed to keep his yearly rendezvous with the fiestas all down the decades. We have a special place in our hearts for him because, in 2010, Sanfermin.com dedicated its special Sanfermin tee shirt to him with lots of photographers of the Running of the Bulls and with an image as spectacular as it is hair-raising, taken at a Running of the Bulls from the 1950s. Two years later, Kukuxumusu paid homage to this same photographer when Francisco Cano celebrated his hundredth birthday. Since then, there were two occasions when we had to refute news of his death. Unfortunately, this third time it is really true. And we shall certainly miss him a lot. The realization that we will never again see his characteristic white cap protruding over the wooden fence in the bull ring will take some time to assume. And indeed, nor his favorite camera, which had an N painted over so that it read “Cano” instead of Canon.