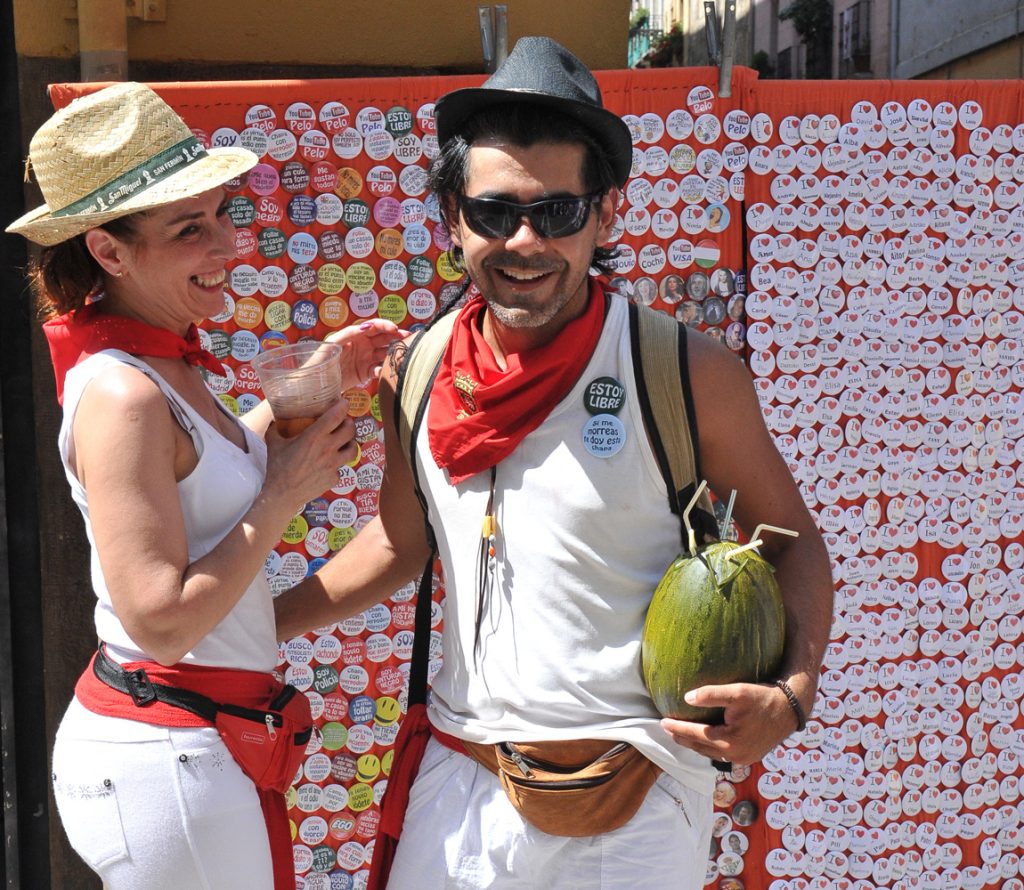 Pamplona is a town with quite a large number of bars, in Sanfermin all the atmosphere is very similar in all the places

Pamplona is a city with a large number of bars but a large number of visitors also come for fiestas and that means a lot of overcrowding in many places. Terraces can be useful in these circumstances and there are also some other means to ensure a good service is found, which we outline below.

Drinking is an extended habit during Sanfermin fiestas, but it is also possible to have a great time in fiestas without touching a drop of alcohol as many people also continually demonstrate. There has always been a tradition of drinking hard to keep spirits up in fiestas, but we would also recommend moderation in alcohol consumption so as not to ruin the fun for yourself and indeed, for others.

Drinking in Pamplona consists of two different characteristics: drinking in bars and drinking in the street. The streets of the old quarter of Pamplona and surrounding areas are lined with bars. This is where most of the partying is going on during fiestas. However, these bars are also small and narrow, in general. They become even smaller with the crowds who gather for the fiestas. For that reason, there are two principal inconveniences about drinking in the bars: trying to get your order in and then drinking it on the premises squeezed in among so many people. Thus, many people are forced out to the street with their drinks in hand. There is a bye-law against taking drinks out to the street after 23.00 p.m. but, inevitably, it is difficult to enforce during fiestas and a blind eye is turned unless there is some special reason to enforce the law.

Some advice about drinking:

-When the bars are crowded, some bars are conditioned to open to side window and serve customers directly from the street. Among these bars, the El Txoko, El Okapi, the Cervecería de la Estafeta and the Roncesvalles.
–Take advantage of the terrace seating provided by many bars. You can get waiter service and still do you own thing without suffering the heat and congestion of the interiors. Perhaps the best area for this is the Bajada del Labrit zone, where there are some enormous terraces with special stands to serve drinks where you can dance day and night. Similar terrace bars may be found in the streets of calle Olite and the calle Roncesvalles. There are also several such large terrace areas to be found in the main square of La Plaza del Castillo, although these tend to have a more solemn atmosphere and less apt for dancing than the other recommended spots mentioned.
–You can also head straight for some of the largest bars, which although few in number, have a good scene going, such as the Café Iruña and the Casino Eslava (two floors), located in the heart of the main square of the Plaza del Castillo.
-In all the places where there are music shows going on, there are drinks stands available. There is no need to carry drink or glasses around just because you think there will not be any service at the open-air shows. Just about anywhere you can dance, you can also drink.
–Remember that there are garbage containers for glass and other ones for plastics, etc. To be found all over the town. There are also some special red litter boxes set up in the old quarter where you can leave your used material.

Check out the guidebook on bars – the Guía de bares del Ayuntamiento de Pamplona, or you can phone city hall.

Carrying drink around on the streets, the so-called –beber ambulante – is a traditional habit in Sanfermin and that is the explanation for the long-standing traditional use of botas de vino – the leather-bags filled with wine, which were once so popular, but nowadays are rarely used, except perhaps at the bullring. Currently, during fiestas, many imaginative forms of carrying around drinks can be found. Supermarket trolleys, empty fuel containers filled with drink, drums, helmets holding beer cans, water flasks for sports but now filled with wine, etc, etc. 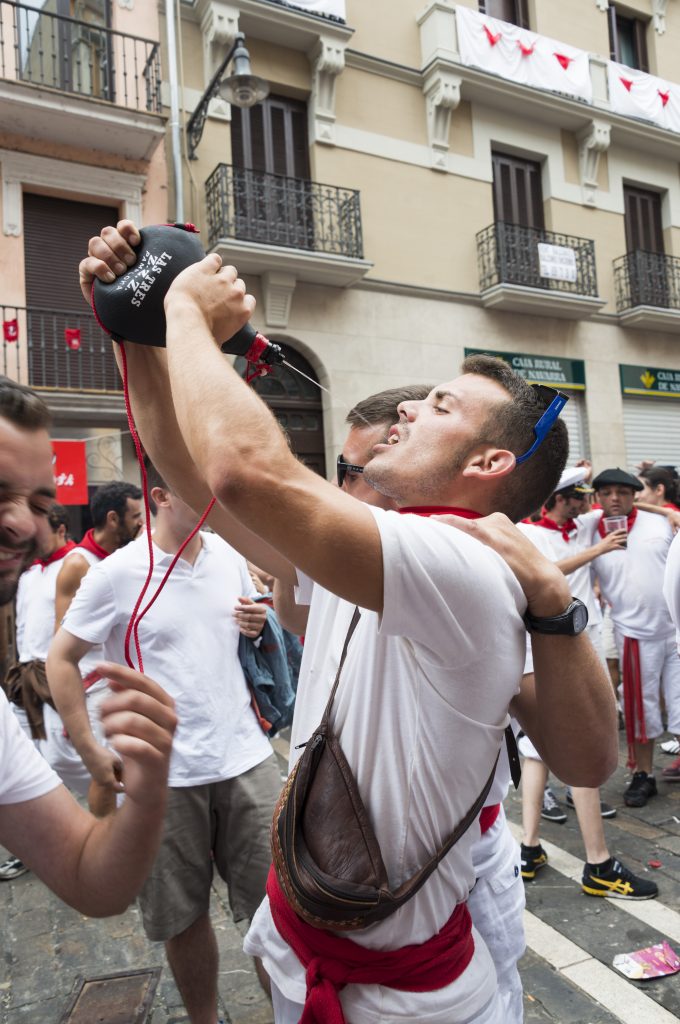