The advancement of the line that limits the space of the runners in the running of the bulls in Santo Domingo is triggered precisely by the behavior of this ranch. His animals are very interested in everything and have turned around at the start of the race three times . The most famous case is that of Curioso in 2015 , but in 2016, another of his brothers turned, made the journey alone and seriously gored a neighbor of Cizur in the chest . Again in 2017 another of the bulls was delayed in Santo Domingo and left the two gorings of the bull run of the day. This action of advancing the paint is intended to allow the herd to run more homogeneously or, at least, without a loose bull by noticing the runners as soon as they leave the corrals.As can be seen from the statistics of recent years, without bulls turned and alone, bull runs are less dangerous and moderately fast.

According to the data collected after the passage of this herd through Pamplona, ??Santo Domingo is the section where Jose Escolar has left the most gorings (2 in 5 bull runs) and, therefore, the most dangerous to run with them. 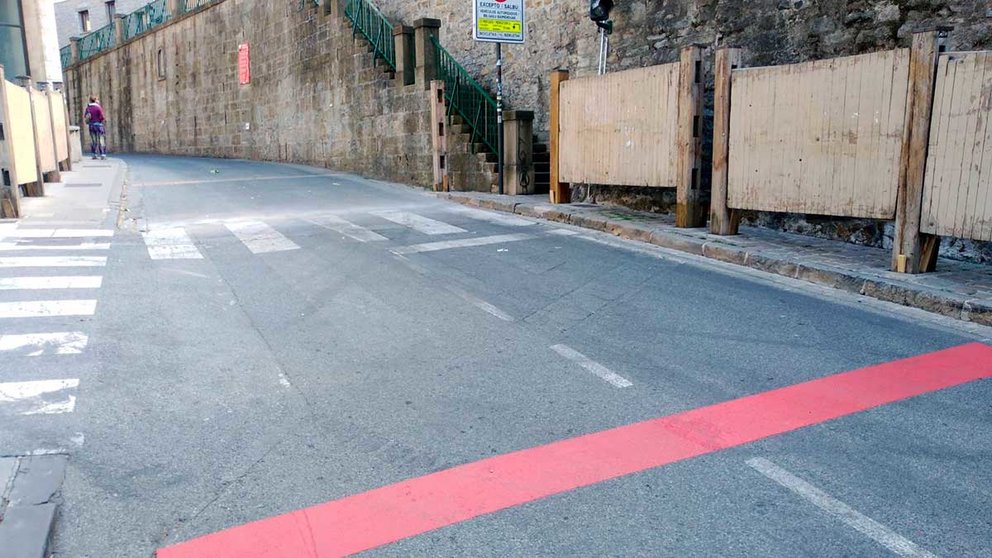 Loose bulls from Escolar, gored. Bulls together, without incident

In their first three races, with loose bulls, the Escolar left eight gorings. Without loose bulls, I run the bulls faster and with less danger. It must be taken into account that the first of his races was contemplated in the time of the herd in the square, since between Curioso returning to the pens and then even the gas, that went on forever. This image of the bull returning to the corralillos from the Santo Domingo corral is historical because it had not been recorded in the modern era of the running of the bulls.

According to the data from the Bullrunning Analytics tool , on July 9th he will join the bulls from Escolar in Pamplona because it will be his sixth race and half of them will have been run on July 9th . Only one fact surpasses this figure and that is that four of the six races have been run on Saturday. It is the fourth herd that has run the most on Saturday. Keep in mind that Saturdays are the running of the bulls in which more injuries are recorded, both due to trauma and other circumstances.

High goring rate and just as fast in the wet

They are two data that are opposed. The index of gorings per confinement of the bulls of José Escolar is 1.6. This number exceeds the average and scares and therefore we raise the expected danger of this running of the bulls. In addition, they are the second fastest herd in the wet, although as we have told you on many occasions, the data tells us that the runs of the bulls in the Wet are less dangerous .

Right now the top ten fastest wet runs are headed by Miura, who in 2018 marked one of the fastest runs in history despite the wet floor. The Escolar are not far behind, only four seconds behind , followed by the Victoriano del Río. If it rains, do not trust that they run just as fast. Others of the Escuela races, the one in 2018, also on wet ground, is the ninth fastest race on wet ground.

The running of the bulls by José Escolar on his way through Pamplona.

This will be the 3rd time that Jose Escolar runs on July 9th. The last time was in 2019.

This is the 4th time that Jose Escolar will run on Saturday. The last time was in 2017.

The runnings of the bulls held on Saturday are the ones with the highest number of injuries from traumatisms (5,96 per running of the bulls).

The runnings of the bulls held on Saturday are the ones with the hightest number of injuries (7,11 per running of the bulls).

All the best photos