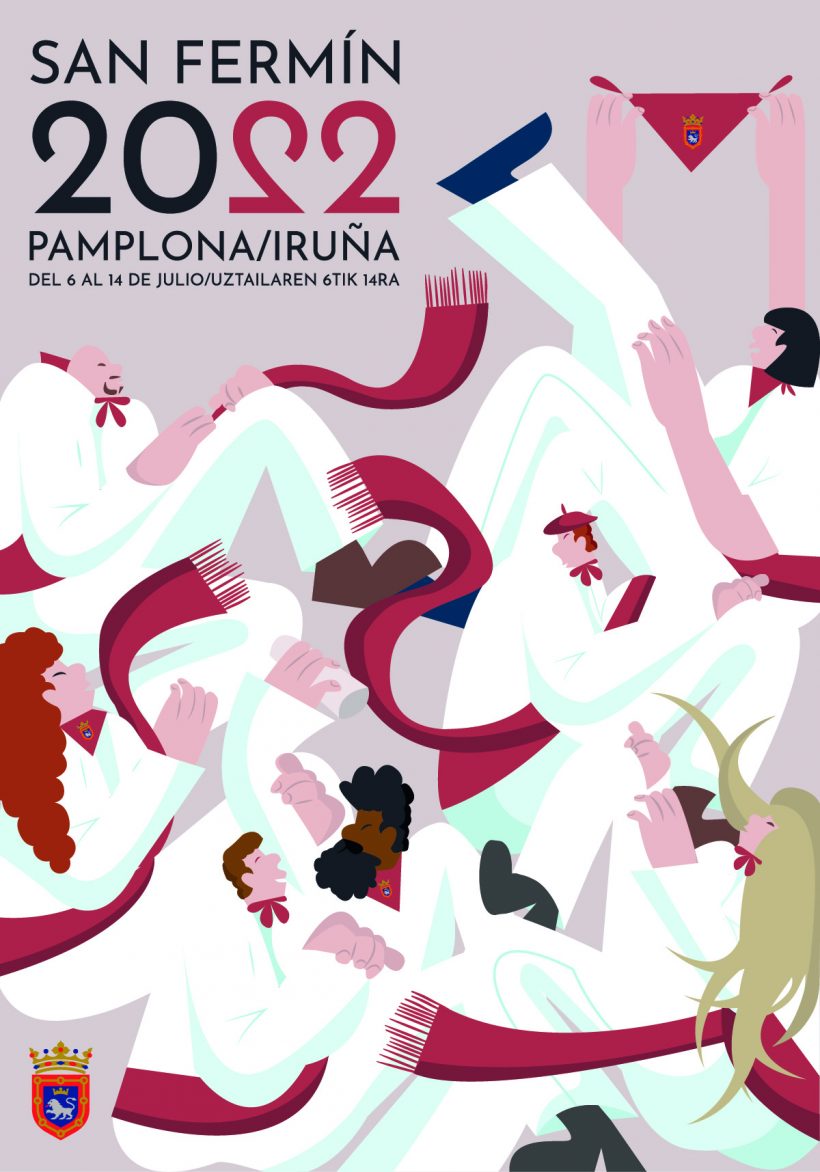 Olaia Merino with her work Beti Bezala -as always in Euskara- has been the winner of the San Fermín poster contest and will dress this year’s festivities. The work has been the winner in the popular vote with 1,603 votes that represent 19.6% of the total votes received. 8,191 valid votes have been registered, setting a new record since this system was launched. A daily participation record of 819 votes on average has also been set, exceeding the average of 2019 by more than 100, the year with the most votes in history, 10,629, but obtained in 15 days, with which the average was 708. up to date.

Olaia Merino is a designer, she lives in Sarriguren (Pamplona), studied Fine Arts and works at Cistec, a company dedicated to technology in Ansoáin (Navarra). On her professional website, she shows herself as a professional in branding, design, advertising and photography. Merino is from Sarriguren (Pamplona), she is 22 years old and the jury has assessed that the work presents a revival of the posters of the 30s from a very current perspective. They also pointed out that it is a dynamic poster, with diversity and that includes the essence of the party. For her part, the author described in a press conference that “This poster is made up of modernist figures that represent the multitude of the San Fermín festivities, as always, beti bezala, an aura of happiness and harmony of colors is generated.”

Registered valid votes and identities of the finalists

This year, with ten posters, the votes have been distributed more and the percentage of the winning work is similar to that received by posters that in other editions have been second or third. Specifically, the second work has been number 8 and number 10.

Following the suspicions of fraud in online voting, confirmed by the Municipal Police following the complaint filed by the Pamplona City Council, a total of 606 suspected frauds have been eliminated, corresponding to a common pattern. The votes cast in favor of the beneficiary cartel had only the first surname, were entered consecutively and, for the most part, in alphabetical order. Voting began on April 25 and was suspended at 3:00 p.m. on Wednesday, May 4, which was the last scheduled day for voting. The term was reopened on Friday, May 6 at 3:00 p.m. to complete the popular vote until midnight.

The Councilor for Culture of the Pamplona City Council, María García Barberena, has recalled the irregularities detected in the online voting for the San Fermín cartel, with a series of irregular votes at specific times. The voting stopped for a few hours, the fraud of the votes with the usurpation of DNI numbers was confirmed. «It was verified that 606 irregular votes had been entered and that they were all eliminated. They all had the same pattern, they were made in a row, in alphabetical order and only with the first surname. It is a pity that something so beautiful is tarnished by this situation, ”Barberena confirmed.