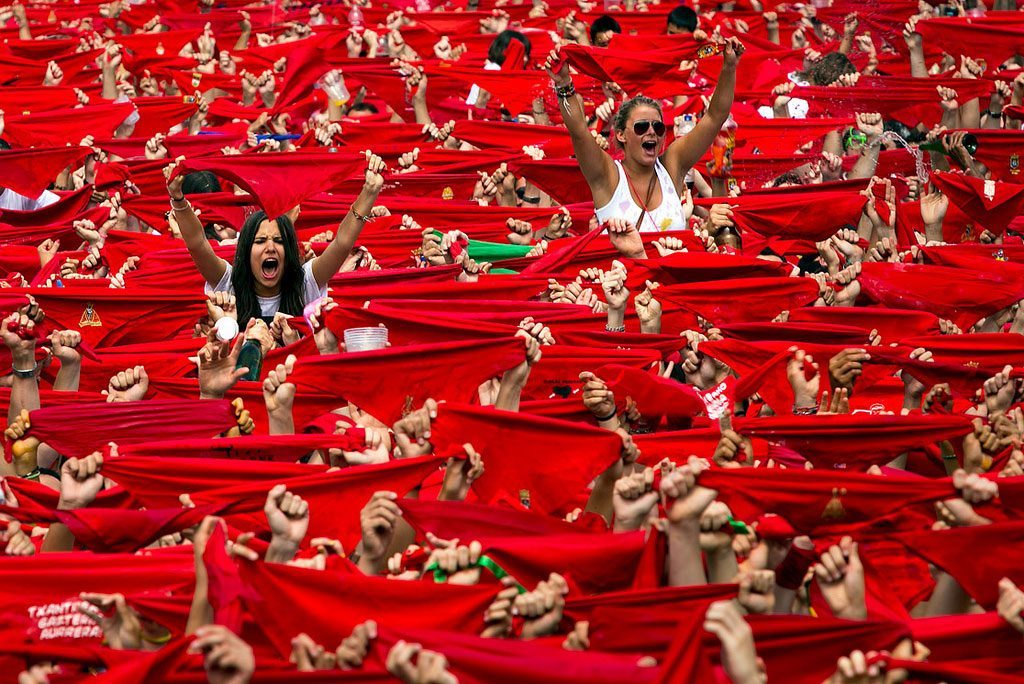 All over the city the same collective madness bursts out and a whole new atmosphere reigns in the town.

This moment is marked by a rocket -the “Txupinazo”- which is set off to announce the start of the Fiesta. All morning, crowds gather in the “Plaza Ayuntamiento”. It is often a hot day and there is not an inch of free space in the packed Square. The passion and intensity grows every minute until it reaches a crescendo at midday. At that point the Mayor and members of the Council step out onto the balconies of the Town Hall to greet the crowds. Photo: Carlos Mediavilla

A nominated person shouts the announcement; “Pamploneses, Pamplonesas, Viva San Fermín! Gora San Fermín!” (people of Pamplona, long live San Fermín!) The crowd responds with cries of “Viva!” and “Gora!” and the rocket is launched into the sky.

At this moment the Square erupts as hundreds of bottles of Champagne are uncorked and sprayed liberally over the crammed crowd. The smart, clean clothes of the excited people take their first, but not their last soaking from the jets of spraying Champagne.