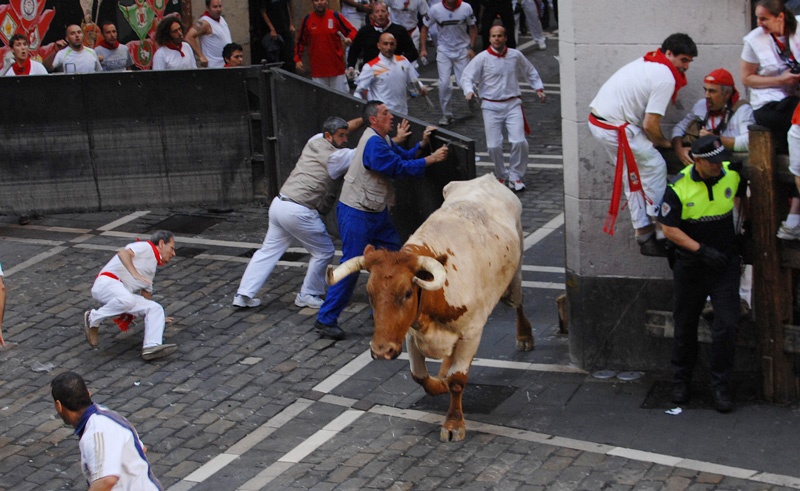 Today, the biggest hassle did not come from the bulls, but rather from one of the bell-oxen. These bell-oxen are a kind of neutered steer which is castrated so as to keep the bulls more calm and meek while they are in the bullpens and also during the running of the bulls. Because of their age and experience they are more familiar with the course and help to guide the bulls up to the bullring. Their work is very important in keeping the bulls in order. Today, however, one of them slipped up on Mercaderes stretch and it remained on the ground for a relatively long time. Miguel Reta, one of the bull-minders, let it rest for a few minutes and then brought it to its feet. 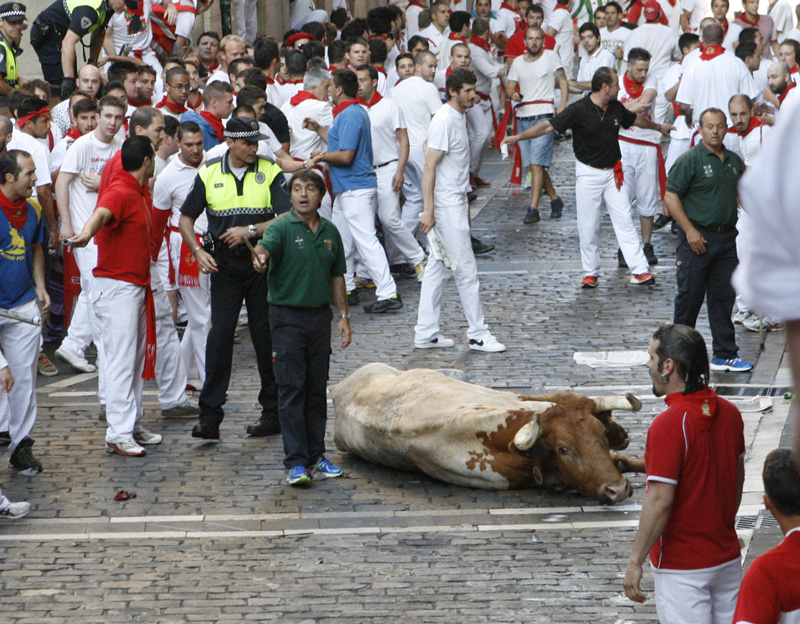 This bell-oxen began to run ahead, although the rest of the pack was now much further in front, and it had to run alone. In Estafeta Street it suddenly turned back and began to head back. The wooden gate at Mercaderes corner, which is normally closed over so as to prevent any animals from turning back, was open for the “sweeping-up” bell-oxen to come through and nobody could prevent this renegade animal from passing through. The fencing workers tried to shut the gate while the police warned the runners that the animal was loose.

The bell-oxen squeezed through a gap and on pushing the flap of the gate, with its more than one thousand kilos, the rebound from the blow, hit one of the fencing workers from the Casa de Misericordia organization.  The poor man had to be treated by The Red Cross amid his evident gasps of pain. 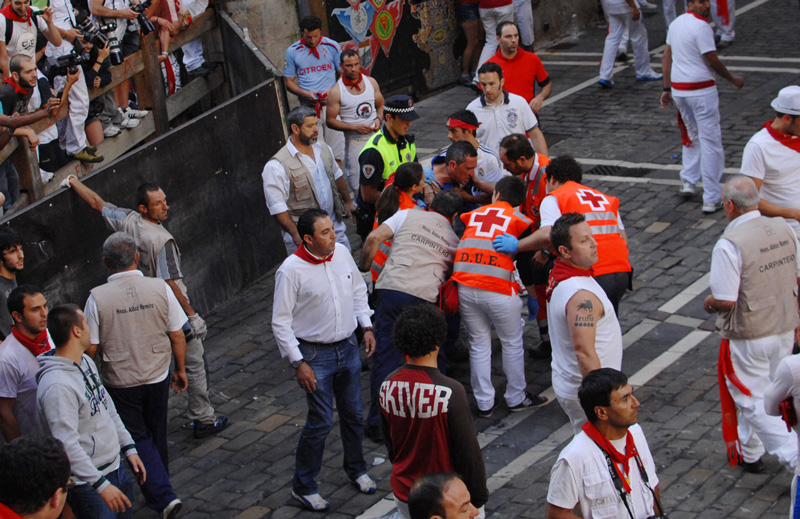 So, not for the first time, a bell-oxen managed to upset the cart in the running of the bulls and to become a bigger feature of the run than the bulls themselves on the day. 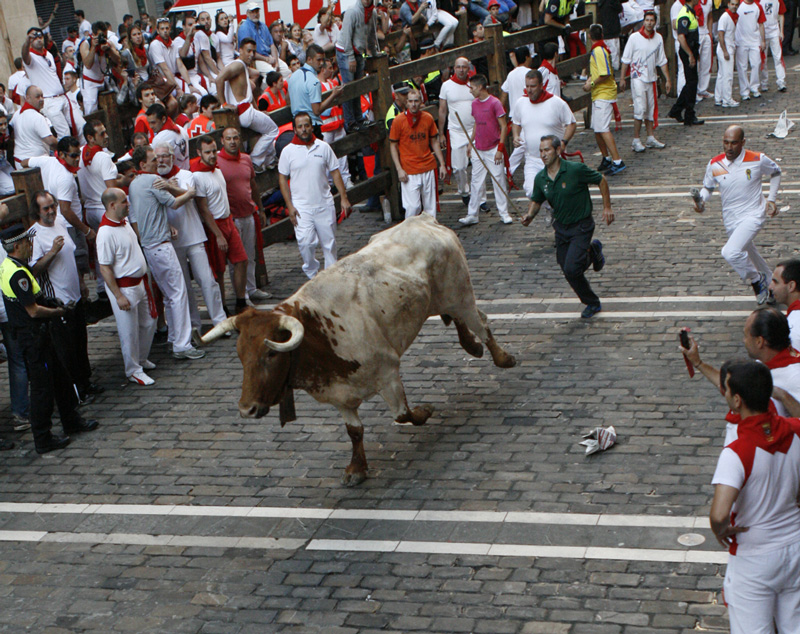