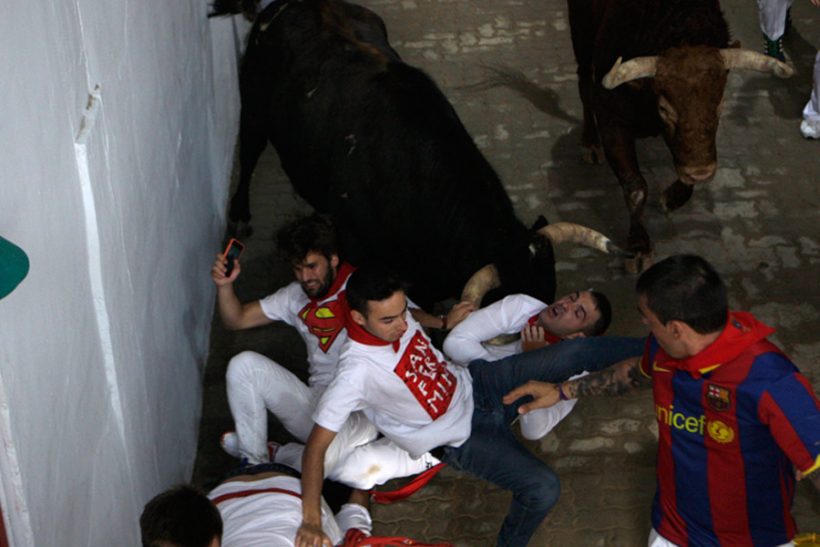 What was being a relaxing and easy going bull running of today, abruptly turned sour just at the very end, when the bulls began to enter the bull ring. Here, in the passageway leading to the arena, the moments of greatest danger and anxiety took place when two runners were seriously gored- one to the neck and another to his armpit.

One of the gored runners had entered the passageway on the right side alongside two other runners. A black bull knocked the runners down and one of them – the one in the white tee shirt – came off worst as it was gored by one of the Pedraza de Yeltes bulls.

The other injured runner was also caught in the entrance passageway. Both runners were initially given treatment in the small infirmary inside the bull ring. The most-seriously injured runner received a 12-centimeter goring to his neck, in the area of the upper cervical region which cut through his windpipe and his hyoid cartilage. He was operated on in the bull ring infirmary before being removed to the Navarra hospital complex.

The other injured runner is also considered to be in a serious condition after being gored in his armpit as well as suffering a fracture to his tibia plateau. He was also taken away to hospital.

For the moment, there is no further information about the identities or nationalities of the two runners.