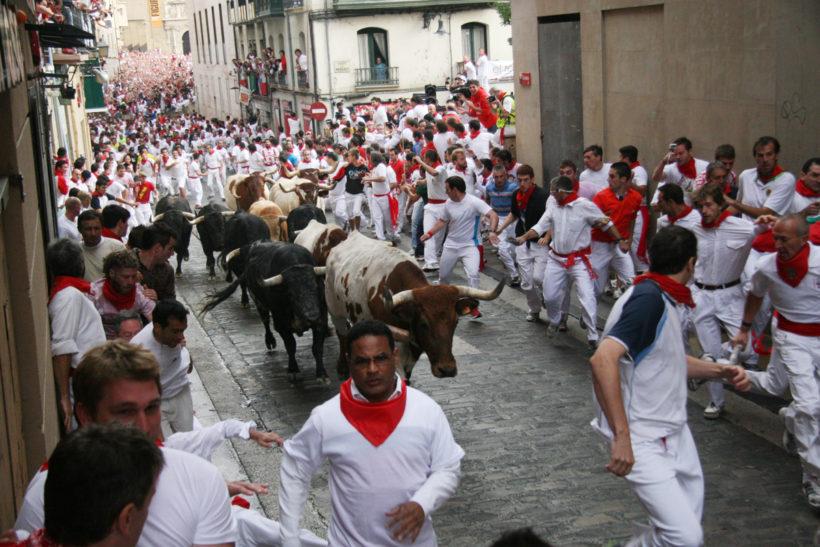 Pamplona City Hall has informed The Round Table of the Running of the Bulls that it is working on means and ways to ensure that offenses committed by the runners during the 2014 Encierro are punished. It also states that it intends to do away with the daily barrier of municipal police at the opening stretch of Santo Domingo. They hope to keep the runners behind some painted lines on the pavement. In this way the local police will not have to undergo the daily risk of suffering physical injuries at the start of the running of the Bulls. The new bylaw will be given widespread publicity and foreign tour-operators will be informed of the changes.

Meanwhile, the Federation of Peña Clubs has made a proposal (worked out by its own Commission on the Running of the Bulls) to the Round Table group and to the media whereby they target the media and particularly TV channels as the key to finding a solution to the problems of the Running of the Bulls. To do this, they propose a type of code of professional ethics to be created with the participation of the media outlets themselves where they would commit themselves to following the code of conduct. This would include steps such as not allowing any photos to be taken from the fencing, not allowing tee shirts with publicity on them, any other kind of publicity within the running, and also to draw attention to all those offenses made inside the course.

The proposal from The Federation of Peñas has been supported by the Club Taurino of Pamplona and they accuse the media of improper conduct in their coverage of this event and they make some recommendations. “We feel that this work is not being well done and a more profound active commitment is needed from the media workers in the defense of the anonymous character of the Running of the Bulls and its participants and that they should also highlight all incorrect behavior made by the runners.” To this end, they propose that the media and society in general should get together to debate this issue.

The thinking behind this proposal is to ensure that the running of the Bulls does not get entangled in rules and regulations: “we see the Running of the Bulls as just another key event of the fiestas program and participation in it should be spontaneous and voluntary without having any technical restrictions and limitations on the number of runners. This participation should be undistinguished and anonymous, without any economic benefits or publicity ends.” Finally, the Federation of Peña Clubs has submitted the following points for consideration in their list of prohibitions: