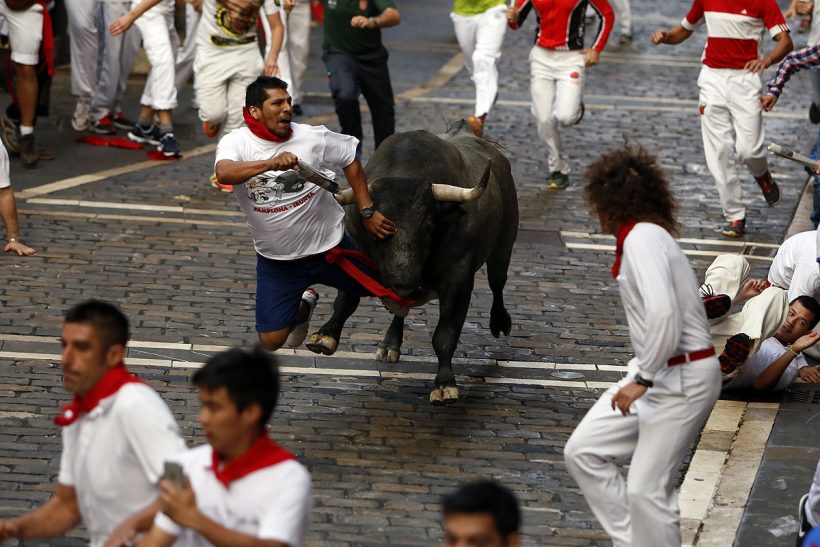 The loose José Escolar bull left a trail of bruised, contused and injured runners behind it as it ran alone over the course in today’s third Running of the Bull event. Perhaps the worst blow was suffered by a young Japanese man who was gored in the thorax on the Santo Domingo stretch, but another man also suffered some serious injury when he was knocked down and run over by the same bull at the Mercaderes stretch of the course.

Half-way along Mercaderes street, a runner was racing along the center of the street.  The Escolar bull came steaming up behind at a very fast pace and gave the runner a hard blow to his back which knocked him to the ground. Although he did not suffer a goring, the violence of the blow injured the runner to such an extent that he had to be taken off to the hospital. Once there, he was diagnosed with a severely bruised thorax and the runner has been kept in hospital where his condition is stable.