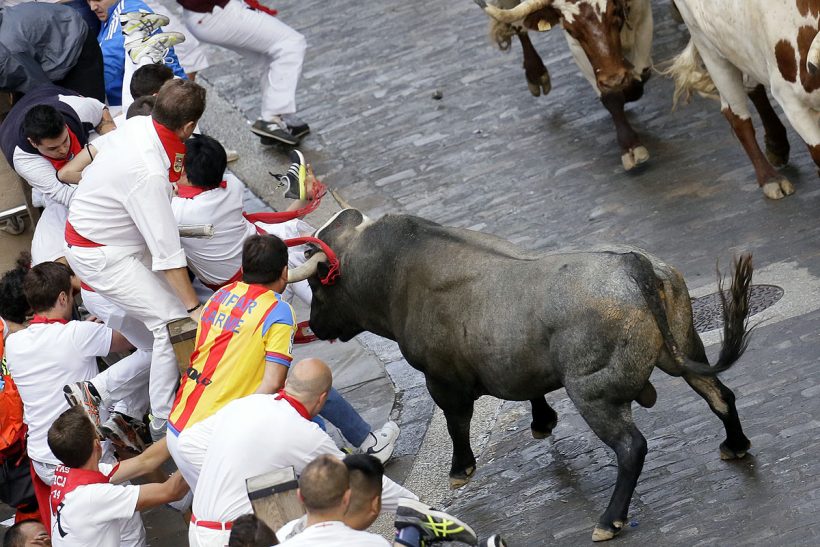 The seriously-injured runner who suffered a goring at the Santo Domingo stretch during this third Running of the Bulls of Sanfermin 2016 was not, in fact, taking a direct part in the event when he was charged and tossed by the bull. In fact he was at the fence along with some other friends and they tried to find refuge there when the José Escolar bull charged into them and tossed the young runner into the middle of the course.

This runner was the one who was caught, but it could easily have been any one of the group gathered at that part of the fencing. In fact, another young man lost one of his sneakers as a result of the violent charge made by the Escolar bull. The goring is considered as a grave one but it could easily have been worse if the bull had really torn into the youth who lay totally at its mercy. However, luckily, the bull suddenly turned away and continued its run up the slope of this first stretch of the course.

According to the first medical report issued by the Navarra hospital complex, the young man has suffered a goring to his arm and to his thorax and his condition is reserved.