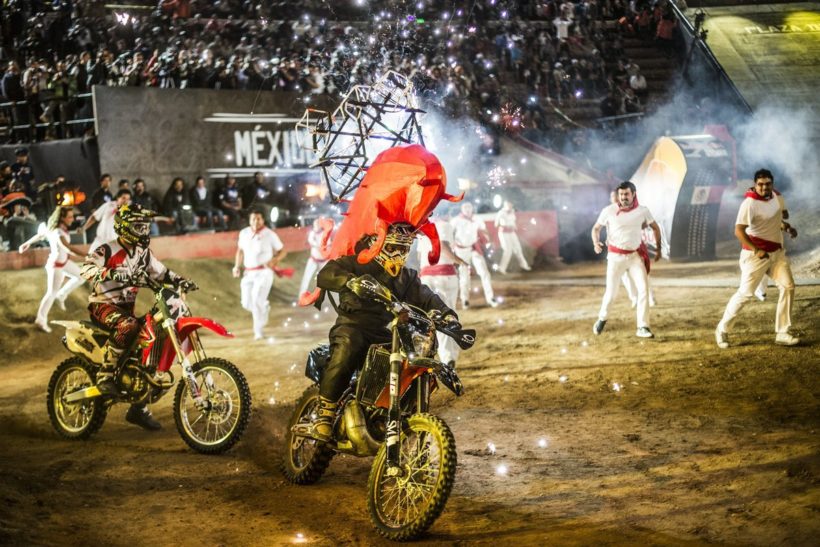 The 2014 Red Bull X Fighters was launched in México this past weekend and a simulation of the Sanfermin Running of the Bulls formed part of the show in which some of the best motocross bikers in the world took part. Victory went to the New Zealand pilot Levi Sherwood in show which will come to Madrid next 27th of June as part of their world tour. The most spectacular event of the Red Bull X Fighters is made up of an eliminatory motorbike acrobatics championship, but there are also events which are personalized depending on the bike, the country and the place where the show is taking place. For example, in 2013, in Osaka, Ninja fighters took part. In The USA, there was a competition with jeeps and in Dubai there was a Ford Mustang racing car event. In Madrid, The Red Bull X Fighters in 2013, had a simulation of the running of the Bulls for the first time where the Bulls were the bikes and the experience was both positive and incredible, as we can see in the image of Oscar Carrrascosa from Red Bull.

And perhaps for that reason, in the first test of 2014 in Mexico they have repeated the experience. In México there was a running of the Bulls, a fire bull, bullfighters and Portuguese forcados. The show was help in the Monumental Bullring of the City of México with an attendance of 38.000 people. That show left us images such as these. 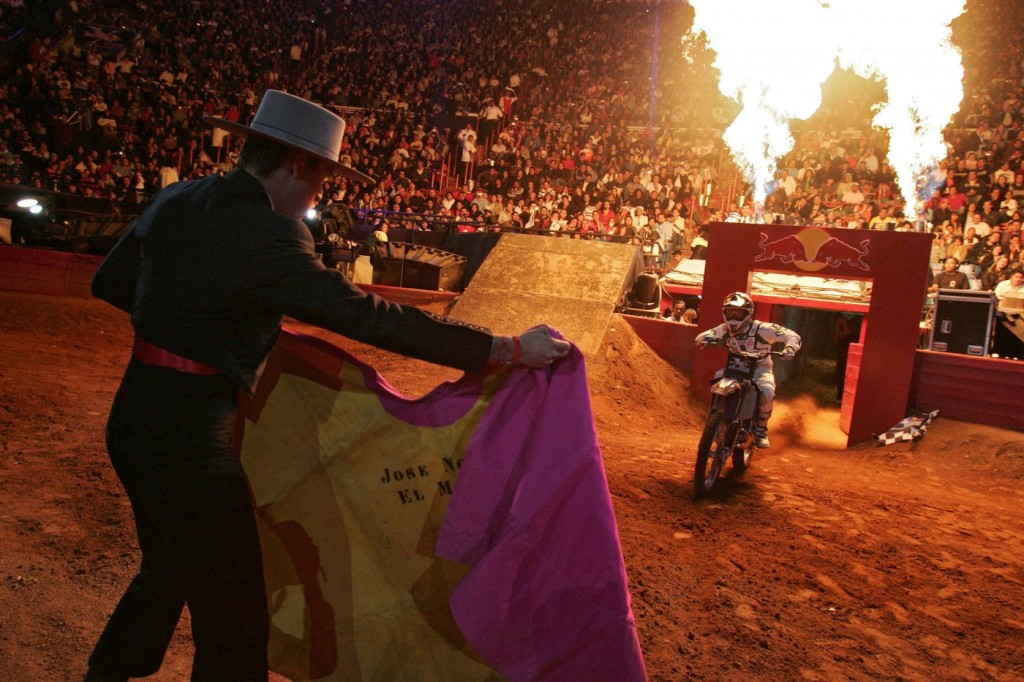 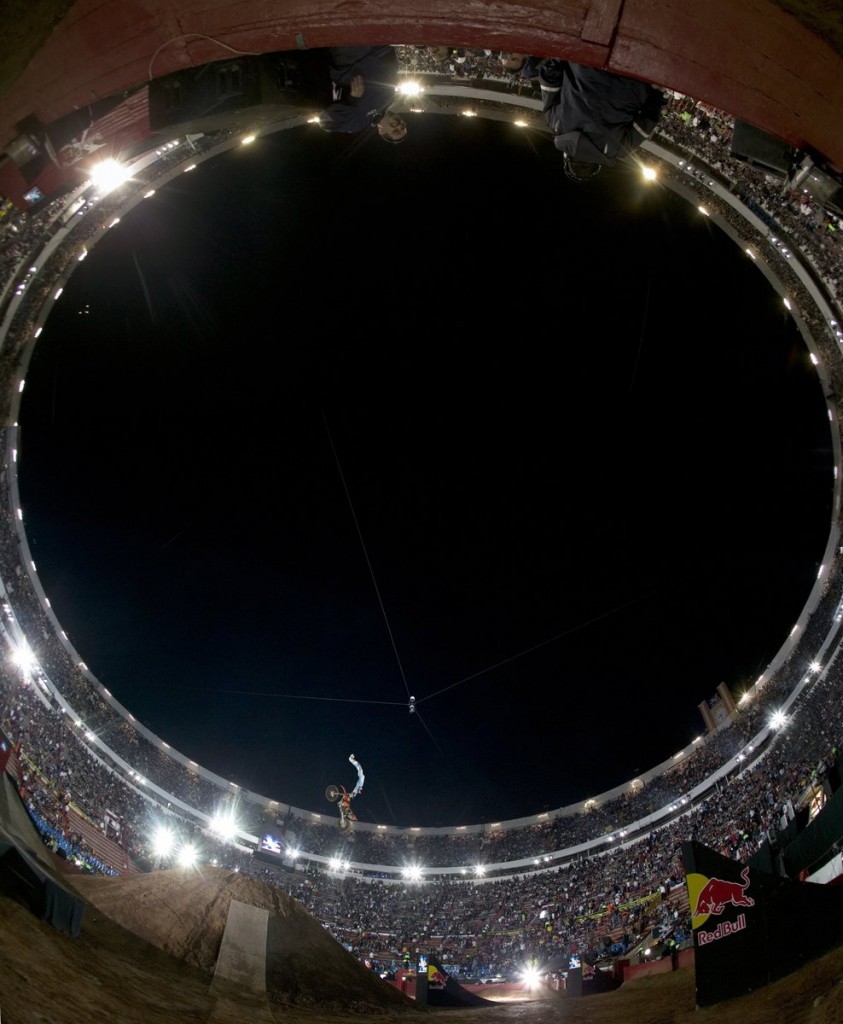