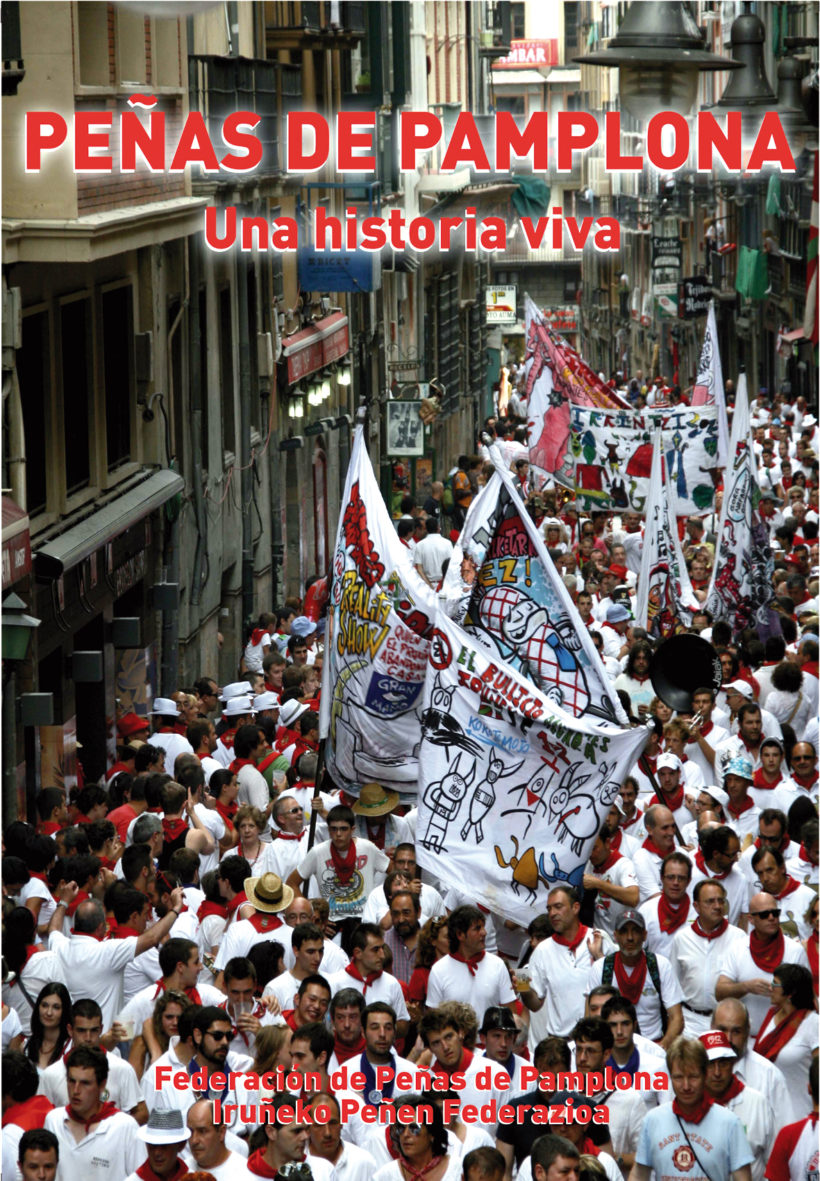 Today we have learned the details about a new book on the Peña Clubs of Pamplona which is the most comprehensive one ever printed. And one of the aims of the book is to print all the banner drawings ever made and all their authors since 1930, using some 425 photographs from a database of some 10.000 photos and in some 574 pages the book relates all the known and unknown stories of each of the Peña Clubs down the years which have been selflessly collected by all those collaborating on this project since 2010. As one of the text coordinators and a life-long member of Anaitasuna Club, Carlos Erice explains, “The book is divided in four parts. In the first part the historical background of each of the Peña clubs is narrated and this section has received the collaboration of Roldán Jimeno. In the second part, each Peña club provides details about its workings over these past years. In the third part, there will be a collection of all the banners from the past hundred years or so and the authors behind the drawings. The fourth and final section of the book takes a look at the relationship between the different clubs and their setting in the bullring and how they have been featured in the cinema down the years…”

Erice wished to highlight the perspective of genre with which the book has been coordinated as the equality of the sexes which is so readily found today in the Peñas did not exist in the past. In fact, this is the first complete compendium of patronesses of the Peña clubs. Endika Lakuei, a representative from the Peña Club Association points out that this press conference for the media will be repeated “for all the citizens this coming Friday at 19.30 in The Bullring, where on Saturday members day will be celebrated with exhibitions audiovisual material, and a meal will be given for all in a party atmosphere.” In addition, she stressed that this book reveals the strong vitality of the Peña Clubs down the years, a vitality which is as strong as ever today and which guarantees a long future with so many young members currently present in the different clubs. This tome will go on sale this weekend at a price of 40 euros and apart from next Monday it will go on sale in bookstores at a slighter higher price.

At the launching of the book, Javier García (from Muthiko Alaiak Peña Club) outlined the co-ordination work of the photography section. “We finally chose 425 images after receiving some 10.000 photos sent in by animated people who opened up their private collections for us. It was very important to get access to the collection of José Luis Nobel thanks to the generosity of his family. We got some great snapshots there such as a group drinking beer alongside a donkey, some skiers fully dressed up on the sunny side of the bullring, etc…”

Among some of the anecdotes which were told at the launching, there was one about how, Chicho Ibáñez Serrador encouraged the people from the Muthiko Alaiak Peña Club to take part in the national TV show 1,2,3 which was the most popular National TV show back in 1977. However, when the members heard that they had to do a parody of the running of the bulls they declined the offer. Carlos Erice pointed out with regard to this anecdote that this shows the perpetual interest of the Peña Clubs for a particular form of the running of the Bulls which was aired at the recent do’s and don’ts proposed at The Round Table of The Running of the Bulls.