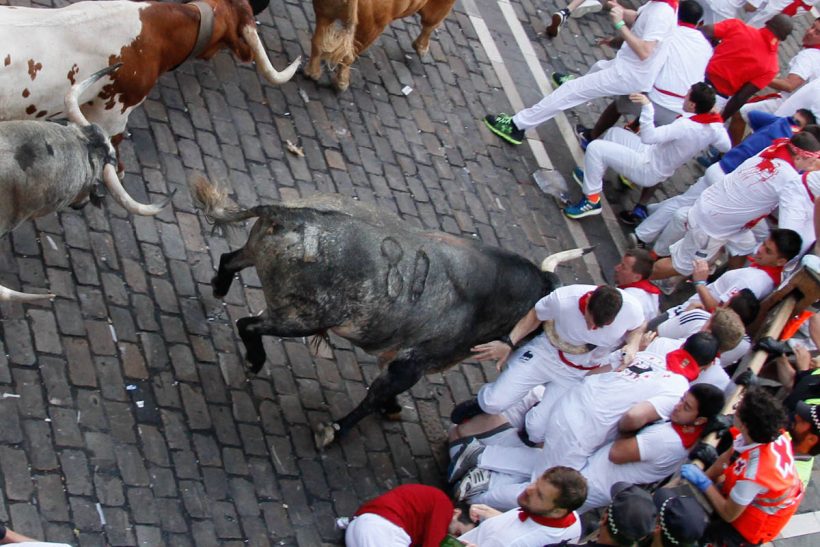 The Cebada Gago bulls fulfilled their role as a dangerous breed of bull in this first Sanfermin Running of the Bulls. One of them proved to be especially dangerous when it ran up the Santo Domingo slope on the right side of the fencing and when it entered City Hall square it charged violently and gored a North-American runner (E.H. 35 years-old) to his thorax.

As can be seen in this sequence from Iñaki Vergara, the bull charged the runner at the fencing on the right side and turned the runner round before goring him to his thorax. First reports from the Navarra Hospital Complex indicate that his life is not in danger, although he will have to be operated on, and he is likely to be kept in hospital for some days. His condition is described as not serious.

Another of the injured runners is a man from Tafalla (Navarra) aged 46 who was gored to the leg in the middle of Estafeta street. According to a medical report from the Navarra Hospital Complex, the runner suffered a severe goring to his leg and his condition is serious. 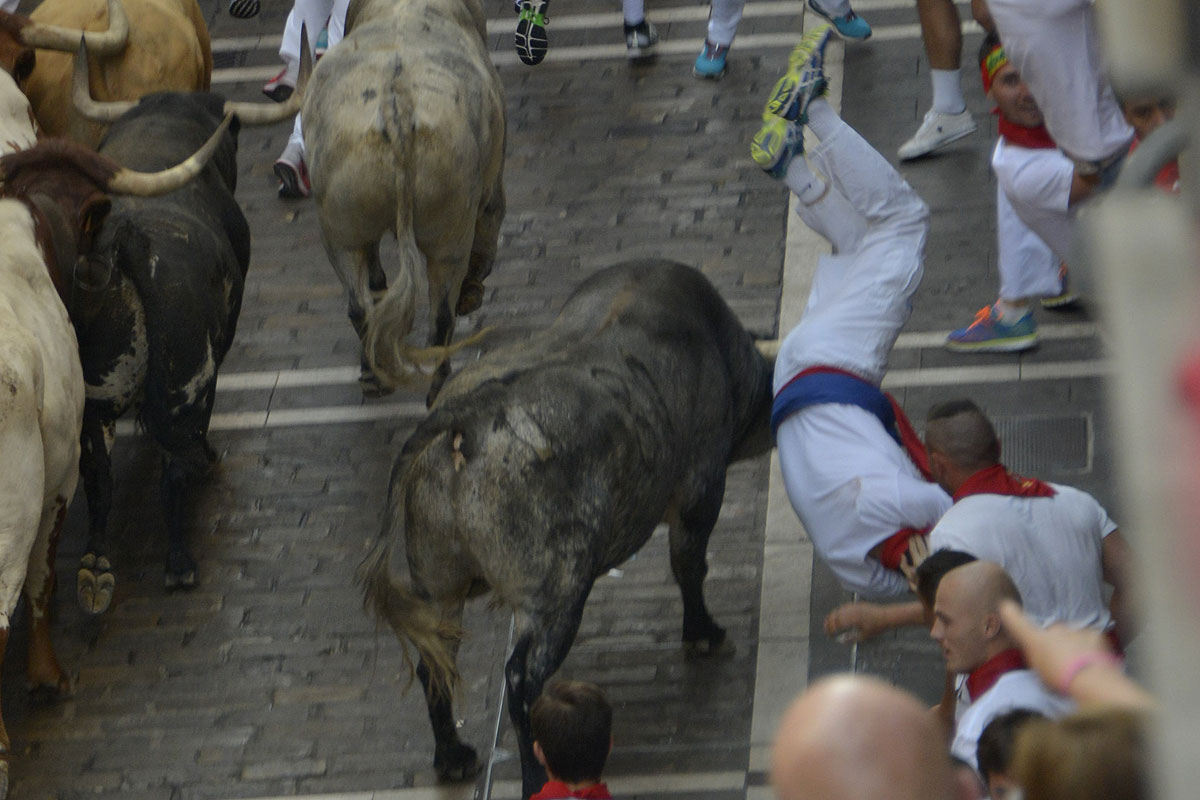 The third runner that received a goring is another North-American who was caught in Santo Domingo. His condition is stable and is not serious.