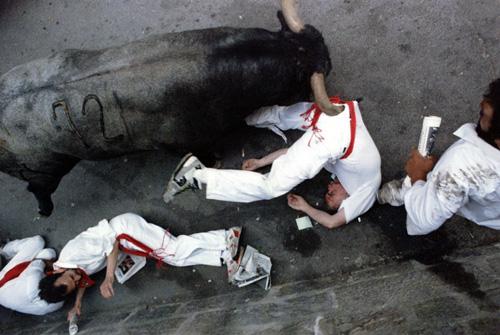 Some statistical analysis of the 271 encierros from 1980 to 2012 has brought out a few interesting facts, but also seems not to support some of the old myths. I have looked at the data available on the search site (sanfermin.com race search) and run a few basic tests.

First it is interesting to note that the average duration of an encierro is 211 seconds (3mins 31 seconds), though the median is actually 180 seconds.  So on the whole the encierro will last around 3 minutes.

One of the questions always asked was whether or not the duration of the encierro was connected to the gorings.  The first test is to run a correlation between the duration and the number of gorings, but this proves to be interesting: 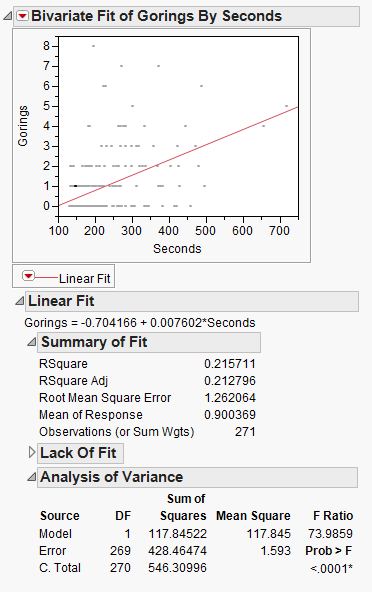 There IS a relationship, but it is quite weak.  So let us look at it in another way.  The question is, is there a relationship between the duration and whether or not a goring took place? 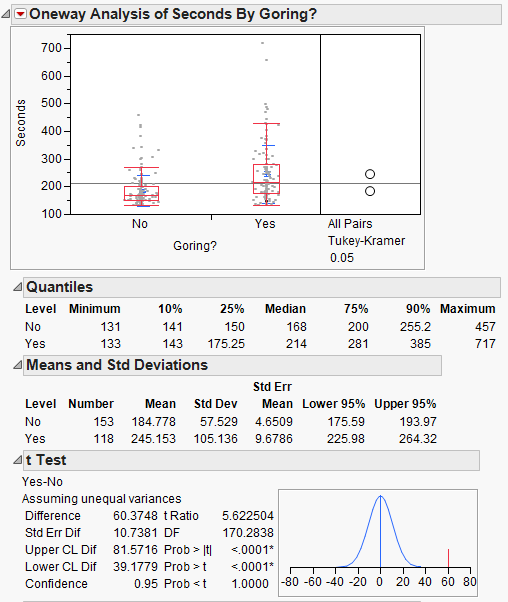 The answer is YES – when a goring takes place the encierro is a whole minute (60.37 seconds) slower.  Whether this is a causal relationship is a different matter, but slower runs are related to goring instances.

So what about over time?  Are the encierros getting faster and safer over time?  Well, I have broken them down into decades and the answer appears to be generally yes, though the 00s decade was a little more unpredictable:

The average encierro time has fallen over the decades from 238 seconds in the 80s right down to 178 seconds in the current decade.  This is the same for gorings except for the decade of the 00s when the average gorings went up to 1.1 per day.  As you can see the 80s were the longest encierros, but the lowest average gorings per day.  However, the current decade is proving to be fast and with smaller numbers of gorings. 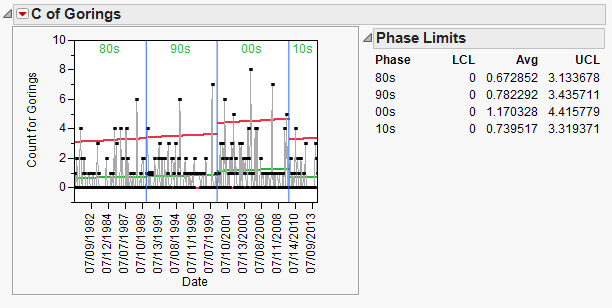 So is the encierro getting faster and safer?  It is impossible to say right now in a conclusive way, perhaps a few more years of data will tell us more about the safety, but the average time certainly is becoming lower and more predictable.