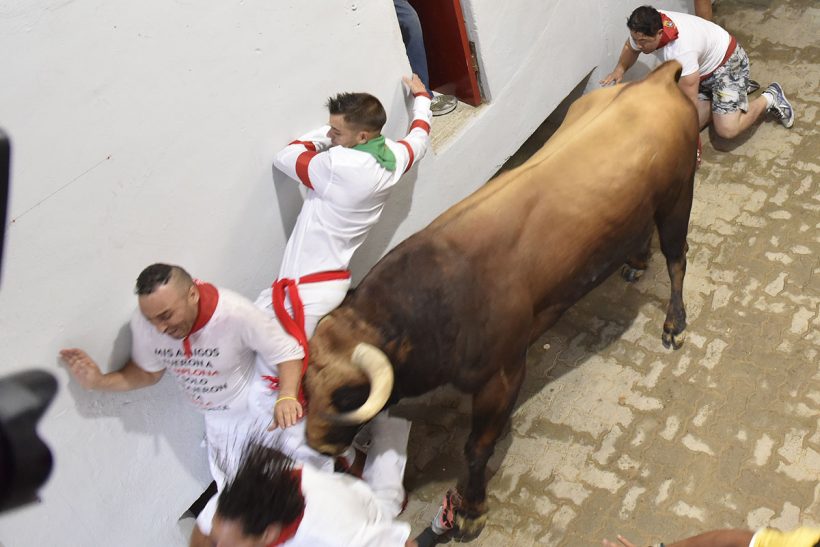 This runner – wearing a green necktie- was on the point of losing something more than his pants. His passage through the entrance to the bullring turned out to be a real adventurous one and one that could have ended in tragedy. Luckily, the runner was able to walk away from it all and the end result was just a big rip to his pants and a fright that will stay with him for quite a while.

As can be seen in this sequence of shots, the runner came down to the entrance leading into the bullring, very close in front of “Huracán”, indeed, so close that the bull was kissing him with its snout. Inside the entrance to the bullring, this runner ran into another one in front of him and the two runners ran ahead, squeezed up together in front of the charging big brown bull. As they entered the bullring, the bull’s horn caught the runner by the leg of his pants and dragged him a few meters into the arena. Luckily, the runner did not suffer any injury and he was able to get back on his feet and walk away. But no doubt his heart was beating fast and he was feeling the adrenalin flow after his very lucky escape.