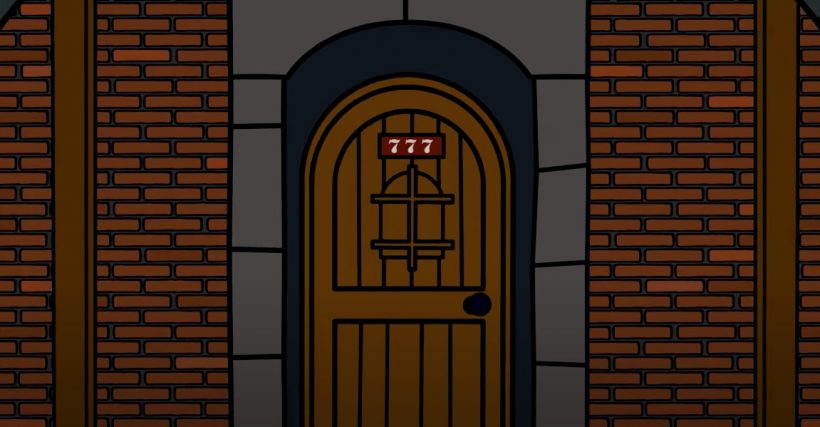 The reference in the series El Ministerio del Tiempo to the Sanfermin festivities in 2016 was as curious as it was original. Due to the plot of the series we could see Ernest Hemingway in 1931 , Later, this moment allowed a reference to the series in the animations that Kukuxumusu performs for TVE in Sanfermin . Here’s the full story and in this link you can see all Kukuxumusu animations for the Sanfermin programs on Spanish television.

As explained by TVE in the website of the series “El Ministerio del Tiempo “is a Autonomous and secret governmental institution that depends directly on the Presidency of the Government. Only kings, presidents and an exclusive number of people know about it. The passage to other times is carried out through gates guarded by the Ministry Patrols. Its objective : detect and prevent any intruder from the past from reaching our present -or vice versa- in order to use History for their benefit. For this, the Patrols will have to travel to the past and prevent them from achieving it. They are superheroes, but ordinary people exposed to unusual situations. Julián, a modern-day SAMUR nurse, Amelia Folch, the first female university student in Barcelona in 1880 (an image of modern Spain) and Alonso de Entrerríos, a soldier from the Third of Flanders (example of the value and patriotic sacrifice of our armies). All Spain together for a common goal. His mission: to fight so that the past does not change, which would mean that our present is not what it is. To do this, they will have to fight with merchants and organizations that want to manipulate it for their benefit or that of foreign powers. The Ministry is the last barrier so that, with its greatness and its sorrows, our History is what it is. “

With this excuse they live many adventures and in the chapter “The farewell to Ortigosa”, a group of officials decides to travel to Sanfermin in 1931 for a party. The series picks up the moments in the tunnels after the party and Ernest Hemingway surprisingly slips in a little past laps.

In line with this story, for Sanfermin 2017, Kukuxumusu customized one of the animations for the Sanfermines program of La 1 on RTVE, emulating this turn proposed by the series. In the animation some characters from a different era appear in a confinement by mistake. The door, with the legend 777, guessed the tragedy.