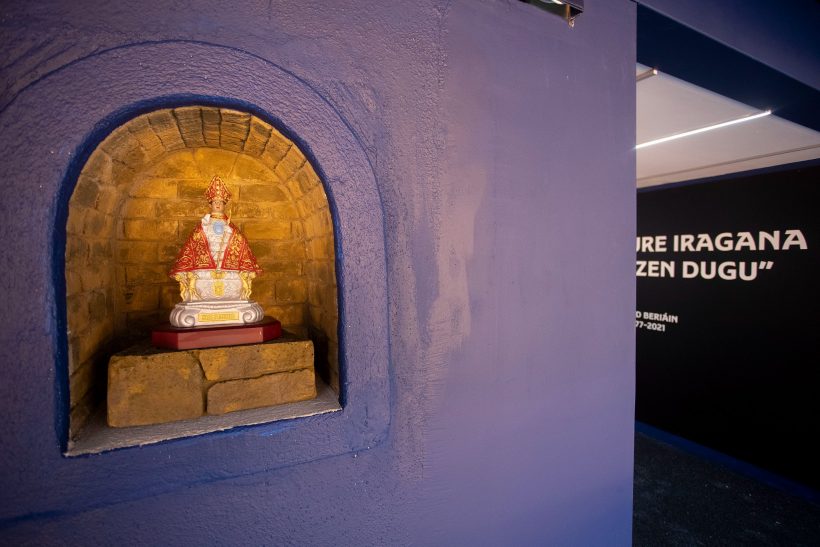 Yesterday we discovered from the social networks of Osasuna and in the El Sadar stadium itself at the time of the match against Elche, that the reds has put a niche with a Sanfermin at the entrance of the changing room tunnel. According to the club, “ The image of San Fermín will continue to be present next to the #Osasuna bench . This time, in a niche inspired by the one located on the Cuesta de Santo Domingo, the one to which the runners of the Encierro ask for protection with their songs on the mornings of July 7 to 14. “ The relationship between Osasuna and the Sanfermin festivals is close. In 2000 and 2018 two Osasuna players launched the Chupinazo that opens the parties. Ibai Ganuza, A player from the Osasuna team that competes in La Liga Genuine, he was in charge of the 2018 launch and César Palacios, captain of the first team, did the same in 2000.

These additions are not the only ones, as we can see in the Osasuna video, a phrase decorates the exit to the field. It is a sentence of the journalist David Beriain, assassinated in Burkina Faso last April along with Roberto Fraile, and which reads like this: “Here we honor our past.”