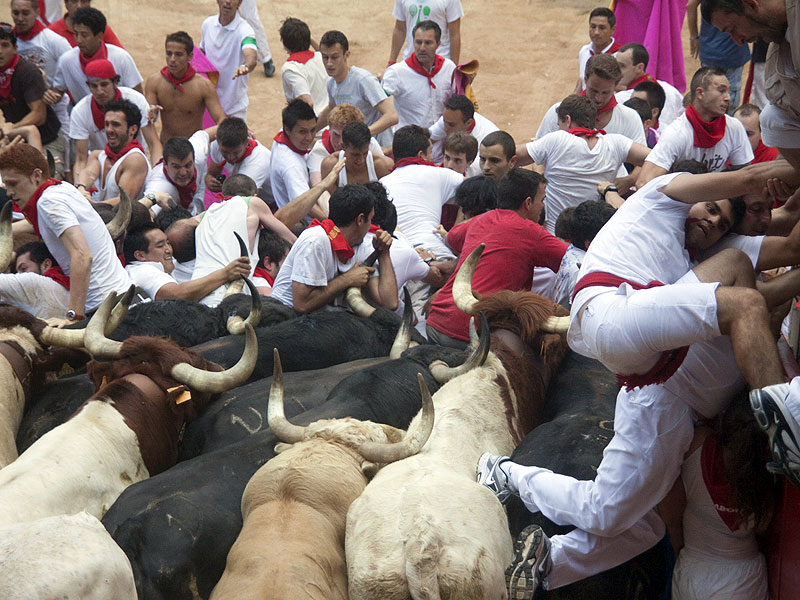 The time has come to make a review of the Sanfermin 2013 Running of the Bulls. This year saw some very uneventful runnings alongside other days that will not be easily forgotten, with moments of high drama such as the pile-up crush of the 13th which left everyone frozen in shock at the sight of the TV images. This incident will surely lead to a serious reflection on the part of the authorities about the future protocol for the running of the bulls.

We can clearly divide the running of the bulls of this year into two groups. First with runnings of few little incidents made up of the first five days of the runnings with only a total of 15 injuries, none of them from gorings. They constituted a new record for the low number of accidents and injuries over the five days.

On the other hand, the last three Encierro left a total of 35 injuries. On the 12th of July, it was the El Pilar bulls that caused the first three gorings. On the 13th the most serious incident of all was the pile-up crush at the entrance to the bullring, causing the highest number of injuries for one day in the recent history of the runnings of the bulls. And finally, the serious injury caused to the Australian girl on the 14th will also give serious cause for thought as she became just the fourth woman ever to suffer a goring in the running of the bulls.