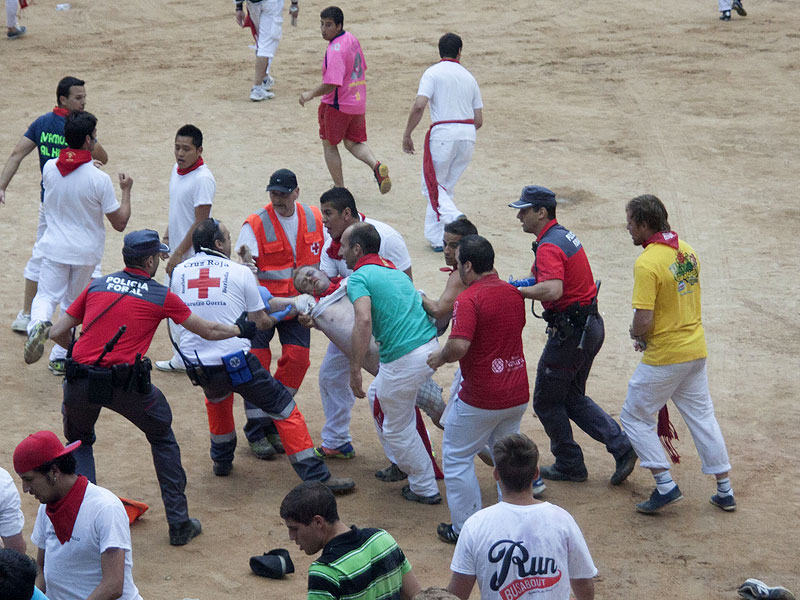 Of the 23 runners removed to hospital to receive treatment after the suffocating pile-up in today’s dramatic running of the bulls with the Fuente Ymbro bull-ranch, just one of them is considered to be in a serious condition. He is suffering from a syndrome of suffocation. According to hospital sources, the runner received crushing to his chest area and he requires machine respiration. The runner is a 19-year-old from Vitoria.

In addition, there is another Irish runner who is also suffering a suffocation syndrome. Two other runners each received a goring; one of them in Estafeta received a goring to his buttocks while the other goring occurred at the entrance to the bullring when a bull gored the runner in the armpit. Neither case is considered to be serious.