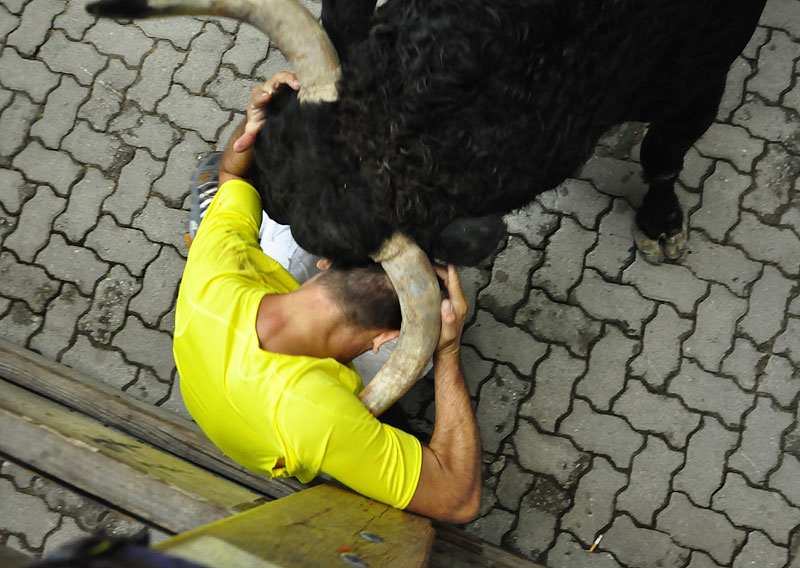 The 42-year-old runner from Terrassa J.B.P., suffered a severe goring to his right arm after being caught by the El Pilar bull. He was tossed against the fencing and gored twice to his right arm, both the interior and the exterior forearm. He was operated on after being rushed to hospital and is now in ward where his condition is stable.

The gorings happened when the runner tried to lead the bull towards the bullring. Within the gravity of his wound, it might be said that the runner was lucky to escape without a worse goring as the bull could easily have gored him in his neck which would have been almost for sure a fatal goring.

See all the information