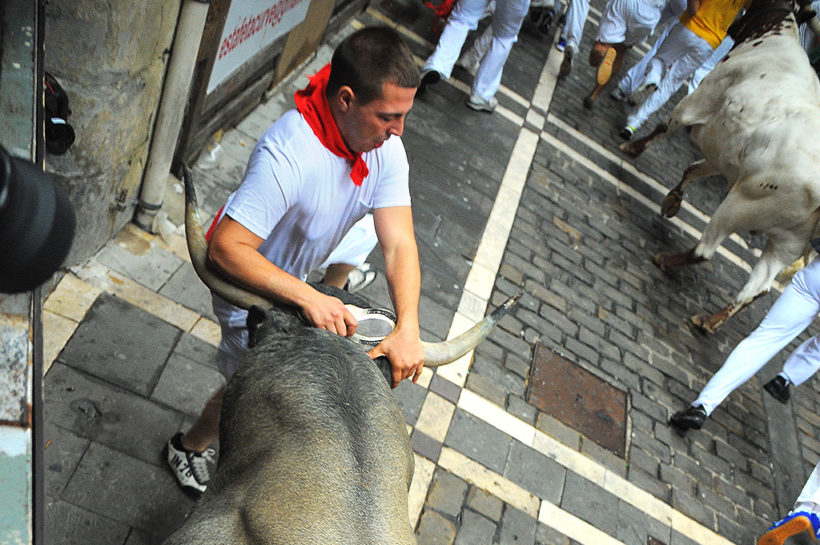 At today’s Running of the Bulls, there were four gorings from the horns of the bulls. But it could easily have been five, as one runner was caught completely by surprise, just at the corner of Mercaderes. The runner was at the mercy of one of the José Escolar bulls, as the bull enclosed him between his large horns, but miraculously it failed to gore the runner.

As can be seen in this sequence of photos, the runner is running forward on the left side and as he pulls up to look back, he suddenly finds the huge animal on top of him and he is totally at the mercy of the bull. In the end, the bull continues to run ahead and ignores the fortunate runner.

By the way, we cannot quite discover what the runner is holding in his right hand, although it could be the sole of his own sneakers.