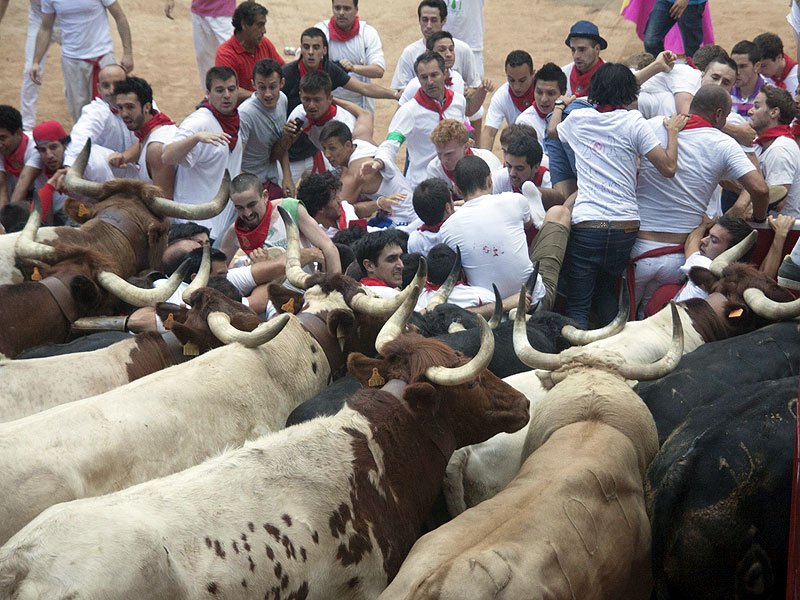 The pile-up began to form even before the pack of bulls arrived to the bullring. As a large number of runners started to rush into the arena, a side gate leading to the interior passageway was opened to allow a squad of local policemen to go in. However, it was impossible to close back the gate again due to the large number of runners running into the arena and who were crashing into the gate. This made the entrance even narrower than usual and gradually the huge number of runners entering the arena began to form into a blocked pile-up of bodies. The bulls were eventually led through this side gate and, moving around the ringside in single file, they came into the arena through another gate that was opened for them. They were led away to the pens without more ado.

Follow the complete sequence of images taken by our photographer, Miguel Goñi.