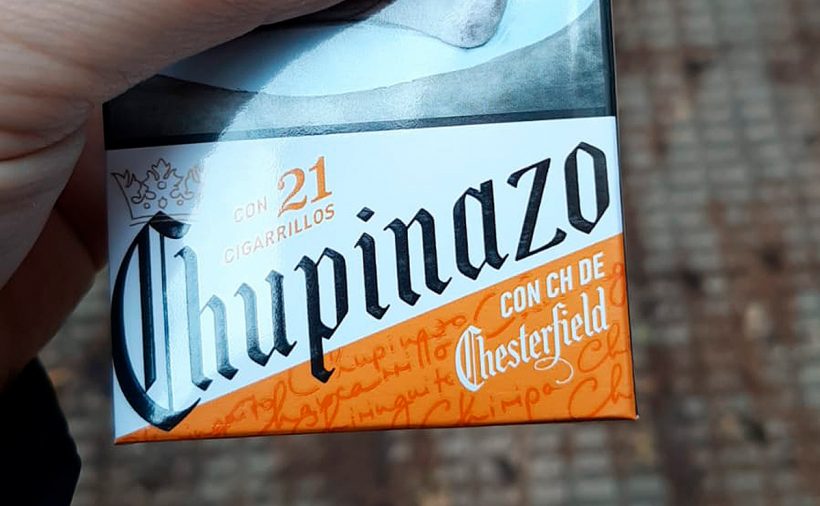 A fan passes us this pack of Chesterfield tobacco bought in a tobacconist this morning in Pamplona. As you can see, it includes an allegorical message to the «Chupinazo» and the promotional message «With CH de Chesterfield». This campaign, which we understand uses words with the letter “CH” in different places, has chosen the word Chupinazo at least for Pamplona. This tribute to Sanfermin Fiesta maintains the corporate colors of this brand, which is the third best-selling in the country.

The word Chupinazo includes the characteristic typeface of the Chesterfield trademark, which is different from the typeface with the same name. The brand is owned by Philip Morris and markets both pack and rolling tobacco under the name “Chesterfield Roll Your Ow”. We do not know if the same campaign has been carried out in the rolling support.

Since 2005, advertising, promotion and sponsorship of tobacco products are generally prohibited in Spain, but it does not limit the promotion on the pack itself if it includes the mandatory messages.