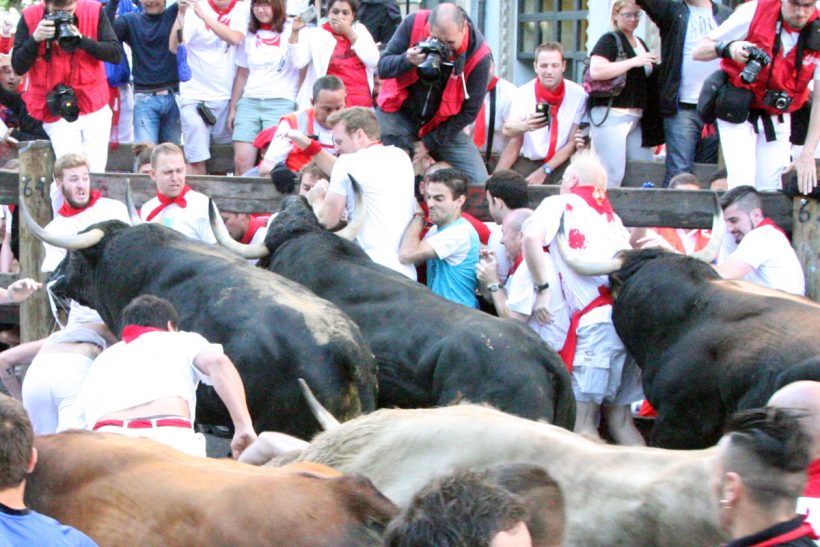 The first Running of the Bulls of Sanfermin 2016 featuring the Fuente Ymbro bull-ranch did not create any serious incidents although there were some moments of real danger. The danger did not lie in the bulls as these simply wanted to reach the bull ring as quickly as possible and totally ignored the runners along the way. This time the most perilous moments came from the various trip-ups and knock-downs caused by the runners themselves along a jam-packed course.

This was especially clear at the final stretch leading into the bull ring where some of the bulls were racing down into the entrance on the right side at the final stretch and came up against a pile of runners squeezed together close to the fencing. The bulls raced into the runners but luckily they were just intent on entering the arena and did not make any attempt to lower their heads to charge at the fallen runners. One of the animals even made use of one of the runners to keep its balance and run ahead without slipping up.

The tight squeeze just lasted a few short seconds – just long enough for the bulls to open up a passage and race ahead as fast as possible. What had seemed a clear moment for some runners to receive a goring turned out quite the opposite and the bulls raced ahead without causing a single injury.