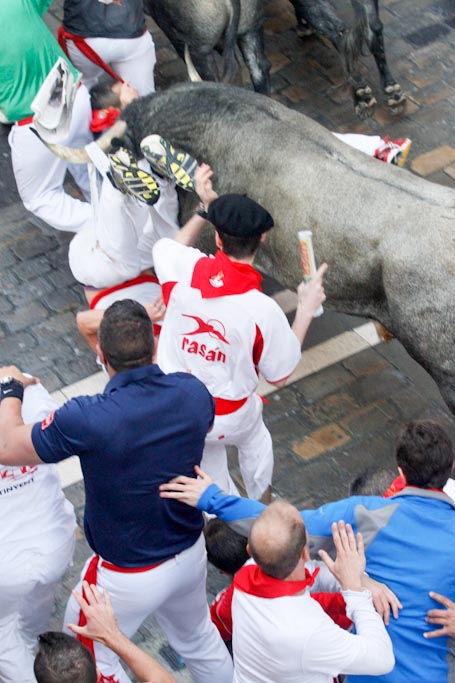 A young runner got caught up in a dangerous situation at the end of the Estafeta stretch. After finding some good room in front of the horns of an Adolfo Martin bull, and running some meters in front of the horns, he could not easily pull aside because of the packed lines of runners in front of him. Thus, the bull caught up with him and hooked its horn on the pants of the runner. In spite of the spectacular image, he was only knocked down and did not suffer a goring. Although it could be said that the runner might have felt he had been “ripped off” by the horn of the bull.

MORE PICTURES AND INFO OF TODAY RUNNING OF THE BULLS.