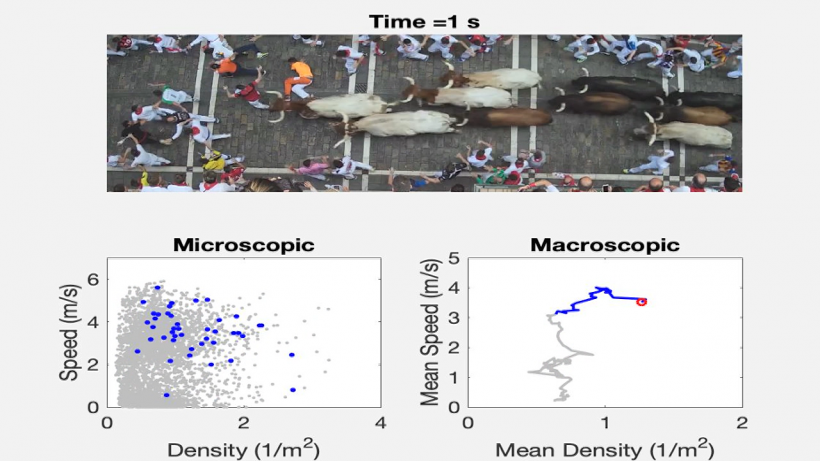 “The Sanfermin running of the bulls in Pamplona could help scientists prepare for a catastrophe”, thus concludes a study of the behavior of crowds referred to by this mass media of great global impact on scientific dissemination. To obtain data, they came to Pamplona for the 2019 bull runs and, according to the article, they installed a couple of cameras suspended over the streets of Pamplona to have a bird’s eye view of the event. They recorded two consecutive day runs to capture the speed and direction of each runner, as well as the density of the crowd.

The study has been published, reviewed, and accepted by the editorial board of the American Academy of Sciences. The authors are:

The cameras show a group of people jogging slowly, spaced through the streets. When the bulls arrive, a large group of runners speed past the camera, right in front of the animals. People run to the side when the bulls catch up with them. Unexpectedly, the data revealed that the speed of the corridors increased with the density of the crowd, up to a point, which is the opposite of what researchers have typically found when studying the flow of people or traffic: typically, People slow down when crowds are thicker.

And the explanation given by the authors is that the results may be due to the desire of the runners to change speed during different parts of the event. As noted in Science Parisi:

“In a crowded metro station, for example, everyone wants to walk at a normal and constant pace; adding more people only slows everyone down. But in the streets of Pamplona, ??runners wait for the bulls, run for a while as they pass and then come back at a slow speed, creating a wave of density and speed around the animals. “

According to an article published in the Proceedings of the National Academy of Sciences of the United States, “Once the crowd increased to approximately one or two people per square meter, the maximum speed of the runners decreased dramatically, often because people it started crashing and falling. Once the crowd surpassed two people per square meter, virtually no one was able to sustain speeds greater than a light jog (about 2 meters / second). ” With this data, “Understanding precisely the speed limits imposed by overcrowding could help researchers build better models of pedestrian movement and improve evacuations in the event of fires and other emergencies,” says Parisi.

According to Science magazine in the article, the running of the bulls in Pamplona has been a unique laboratory experiment. Where else can scientists know exactly when and where people will flee for their lives? Now a study of the event reveals exactly how busy a street can get before people start tripping while sprinting at top speed.

Based on this data obtained by Parisi and his team, the findings could help researchers model better ways to help people escape building fires and other catastrophes. According to Parisi: “The confinement is real enough to offer a rare insight into how humans behave when trying to escape danger.” 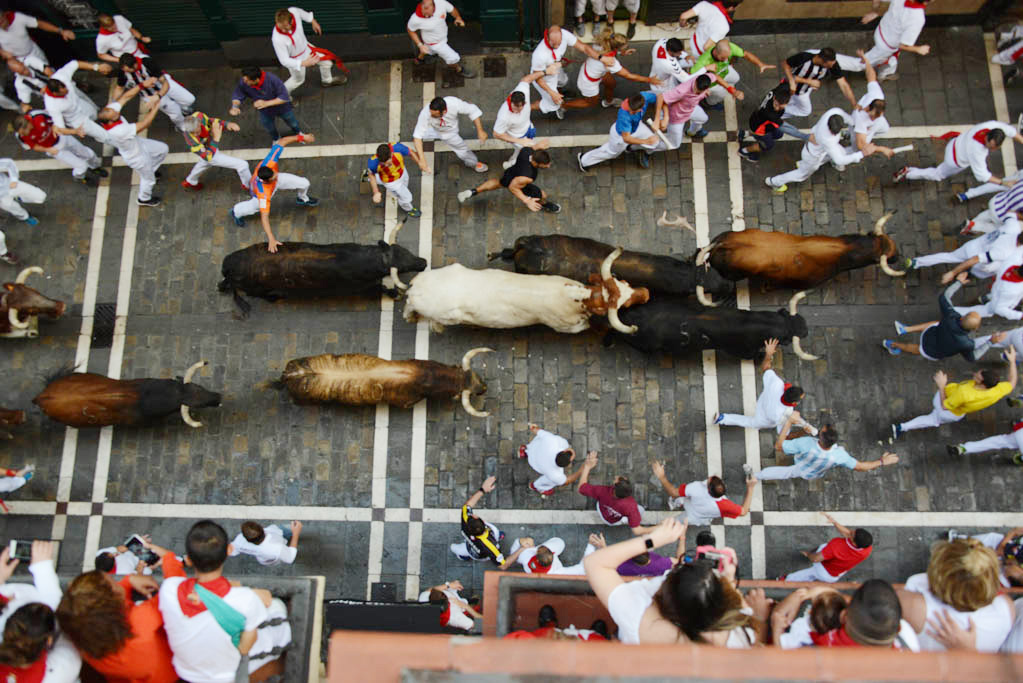