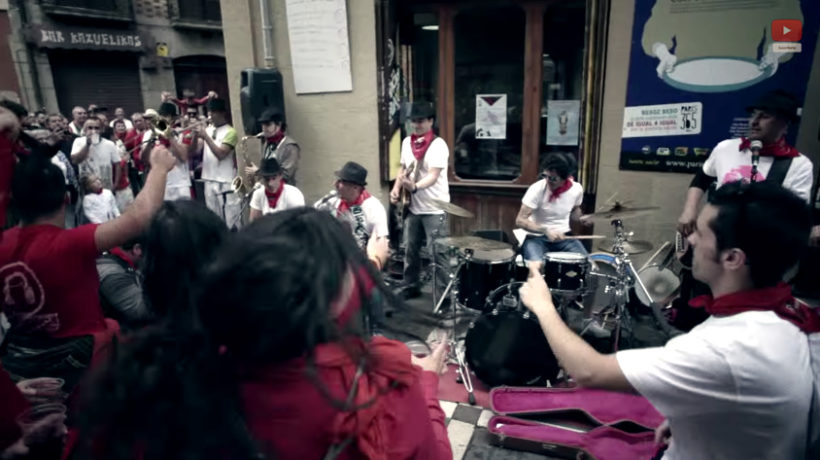 Warner Music has just issued this piece of fiesta action which they had been set up in Sanfermin by the group, Los Lebreles between two streets of the old part of Pamplona in Eslava Street and Mayor Street. The “Los Lebreles” did one of their typical scenes, making a sudden live appearance with their own fiesta scene and their music. As you can see in the images, they surprise us with the quality of their music in the city of the Sanfermin party scene.

Check out their web page and enjoy the show:  Loslebreles.com