Sanfermin 2013 opens with the Txupinazo rockets. We provide a live report on Sanfermin.com

12:27 PM. And the party has taken off. Thanks for having followed this historical Txupinazo on Sanfermin.com. 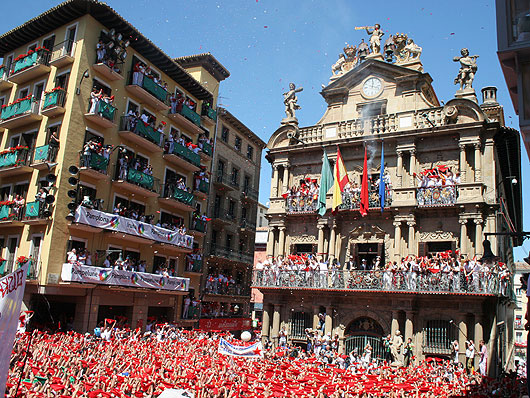 12:19 PM. The opening rocket has finally been set off. A second rocket fell to the ground by accident. It may have caused some slight injury among the crowd below.

12:16 PM. The ikurriña national flag has been taken away by the municipal police amid growing tension.

12:03 PM. Shouts of UPN Kanpora and there is a delay in setting off the rocket. Something which has never before happened. For the moment, the reason for the delay is not clear but it would seem to be connected to the fact that a large ikurriña flag is blocking the view to the balconies of City Hall.. 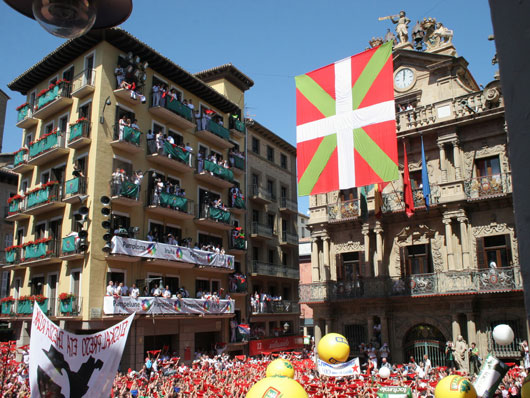 11:47 AMThe crowd grows impatient in the square. A man has climbed up onto the roof of a neighboring building next to City Hall. He is trying to show a large banner across the two sides of the square. A risky act. He has managed to hang a giant-sized flag in front of City Hall. 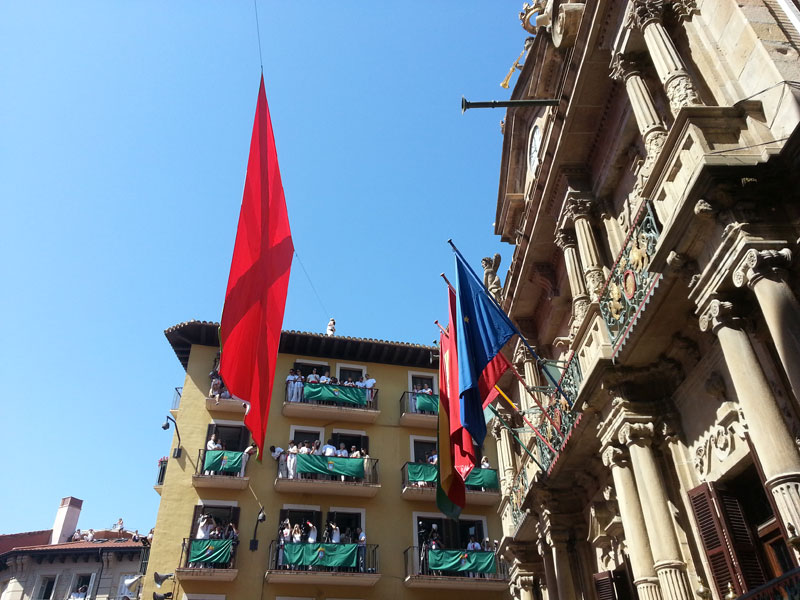 11:21 AM. It is a very hot day. The crowd shouts for water. The square is now jam-packed and there is still half an hour to go. 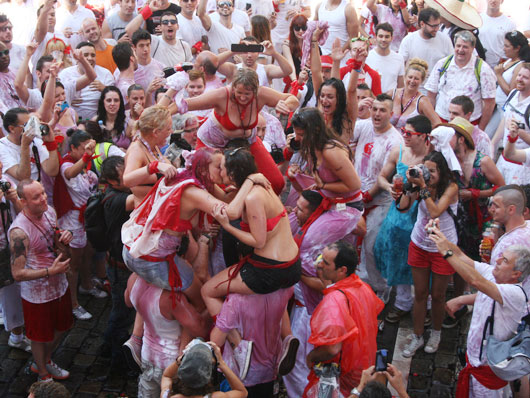 10:26 AM. The municipal police are confiscating all glass bottles. No glass is being allowed into the square for safety reasons. 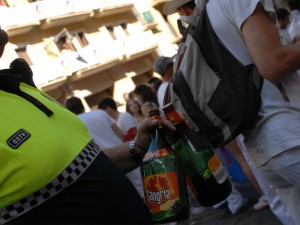 9:31 AM. The first revelers are arriving. The party is warming up.

9:20. A jam-packed crowd is expected for the Txupinazo. It is a Saturday and a very hot day, the necessary ingredients to jam-pack the streets. It is very advisable to drink a lot of liquid and take careso as not to have any problems.

8:48 AM.The people begin to gather and all still look spotlessly clean in their Sanfermin gear. A nice atmosphere in the air. The alcohol is not yet showing any affect. Still plenty of room in the square. 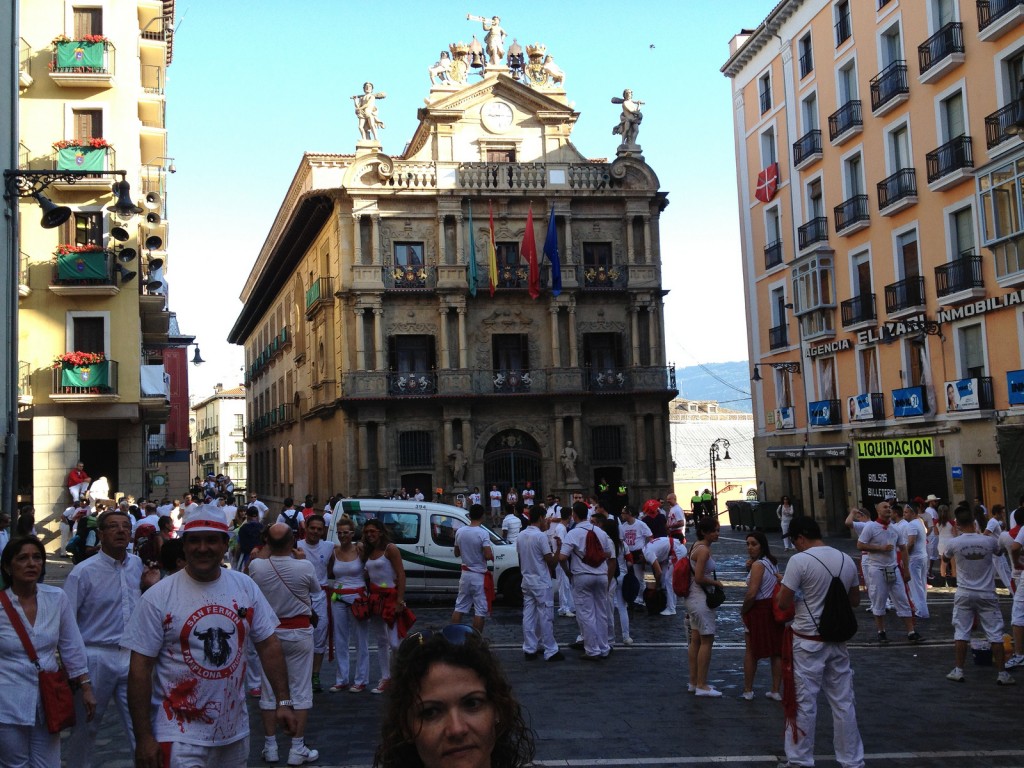 8:16 AM. The smell of urine is discernible in the hot streets. It has been a long hot night. The square is being prepared for the crowd by the early morning street cleaners. 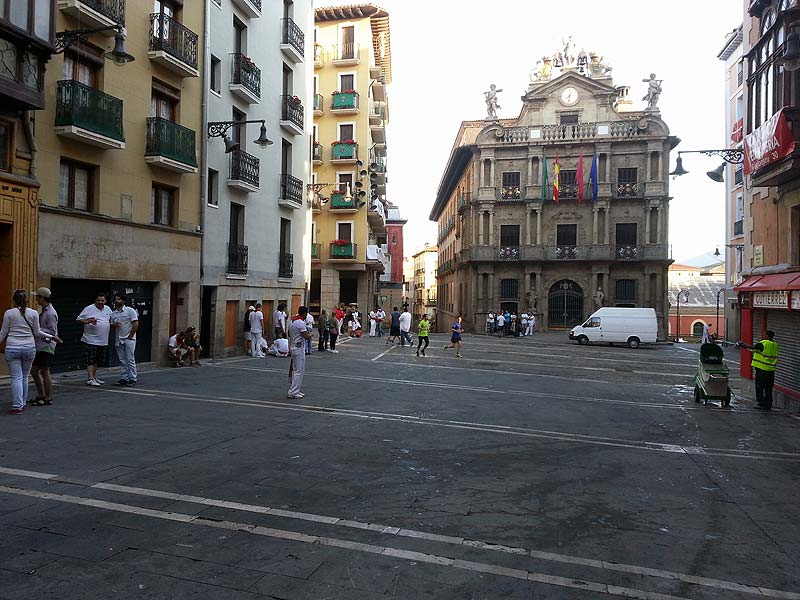