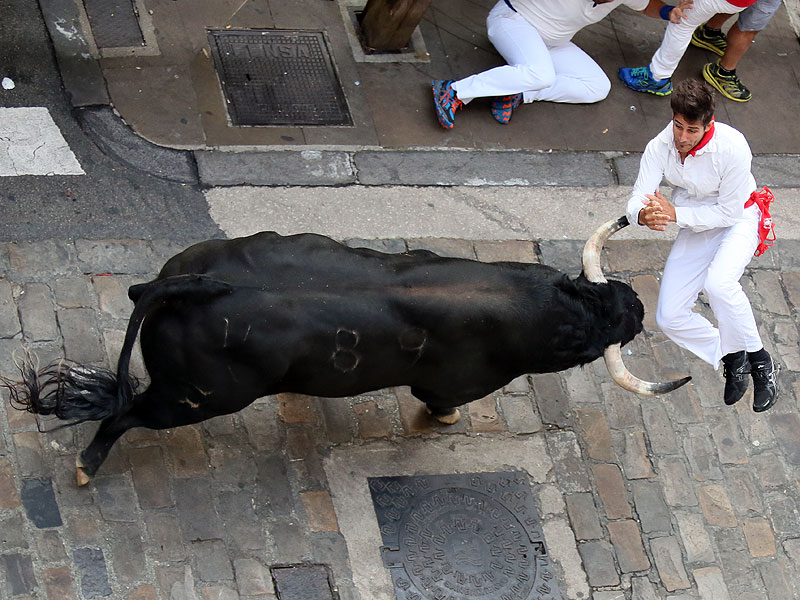 Two runners were gored at the Santo Domingo stretch today, where both received a goring to their legs, but it could have been much worse judging from the images left by the Garcigrande bull as it steamrolled up the slope of the first stretch of the bullrunning.

Right from the moment it came charging out of the pens, and all the way up the slope at Santo Domingo, this bull was charging left and right, causing many trip-ups and falls amid scenes of fearful panic. However, despite everyone’s worst fears, there were only two runners who actually received a goring.

In these two series of photographs from Javier Martínez de la Puente the violence of the charging bull can be easily appreciated.

MORE PHOTOS AND INFO RUNNING OF THE BULLS