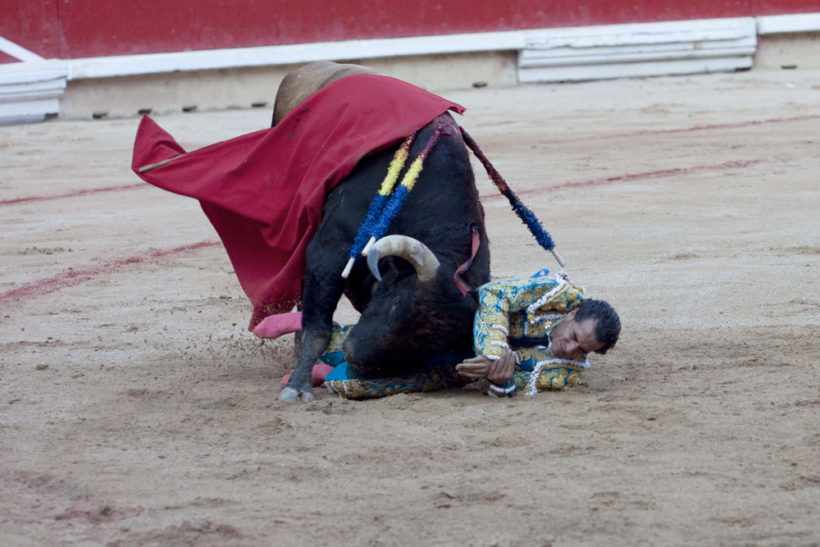 Finally, yesterday we saw a decent bullfighting spectacle. In this case, largely thanks to the toreros because the bulls did not display very much. David Mora was awarded a deserved ear for each of his two bulls and the gate to the bullring was opened in his honor for the first time in Sanfermin 2013 bullfighting week. Francisco Marco tried his very best and he also received one ear as his award. Iván Fandiño got the two worst bulls and he received a tremendous tossing from one of his bulls that left him at the mercy of the bull’s horns. Luckily, the bull only whacked him on his head with its horn as it failed to give him a goring.

According to the medical report issued from the infirmary inside the bullring, Iván Fandiño was treated for severe head bruising and temporary loss of consciousness after the fifth bull. After the bullfights, the bullfighter was sent off to hospital to receive x-rays and his condition was reserved. Finally, late last night he was discharged and it seems that it was just a fright in the end. This is the sequence of the tossing. 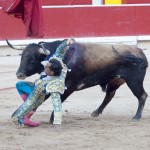 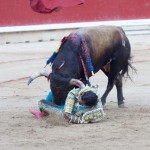 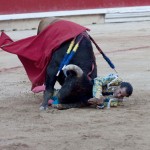 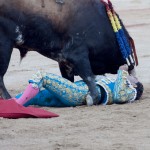 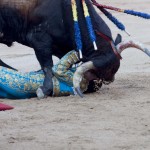 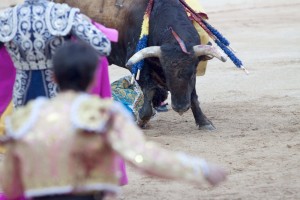 Photos: Miguel Goñi.
One of the most curious moments of this triumphant afternoon for Juan Mora occurred yesterday when  the “mulillas” or horses used to haul away the death bulls, suddenly broke away from their minders at the fourth bull and started to run wildly around the arena in front of the shocked thousands who watched open-mouthed from the stands. Finally they were brought to a halt after crashing into the wooden fencing around the arena. 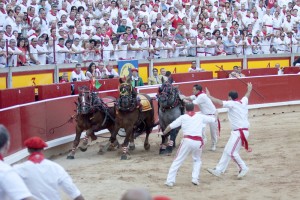 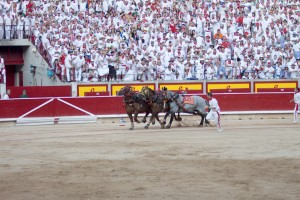 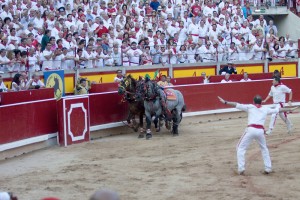 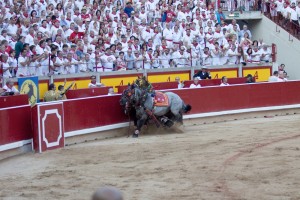 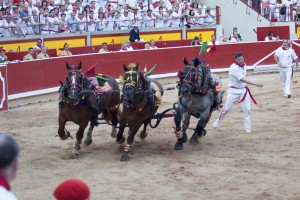 Tomorrow will be the turn of Padilla.

See all the bullfights of Feria 2013