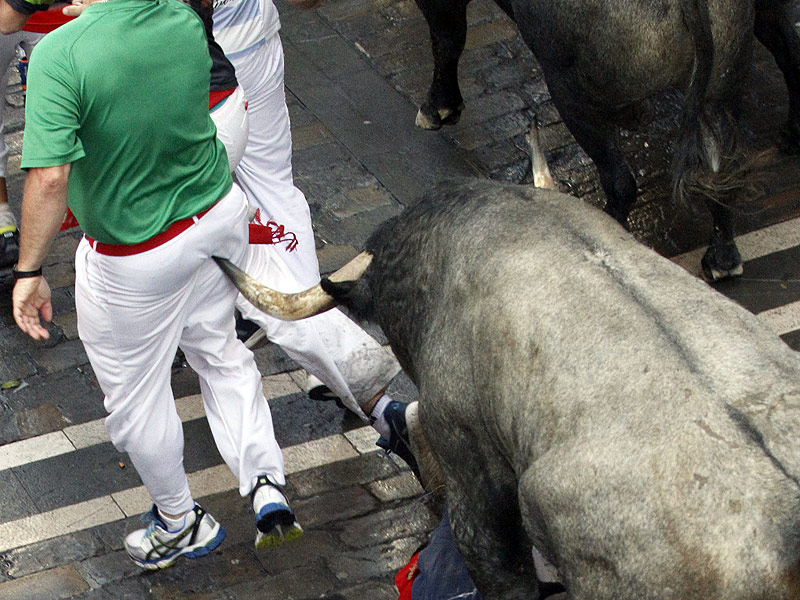 Although there were no gorings in this morning’s Running of the Bulls, several runners were very close to suffering wounds from the horns. One of the closest cases was this one, at the end of Estafeta Street. The bull, after ripping open the pants of another runner, pointed his horn at the backside of this runner in a green shirt. For a few short seconds, the bull seemed about to stab him with his horn, but in the end, it did not even rip his trousers. The only mishap suffered by this runner was a sharp knock to the ground, although the Adolfo Martín bull did not even step on him.

MORE PICTURES AND INFO OF TODAY RUNNING OF THE BULLS.