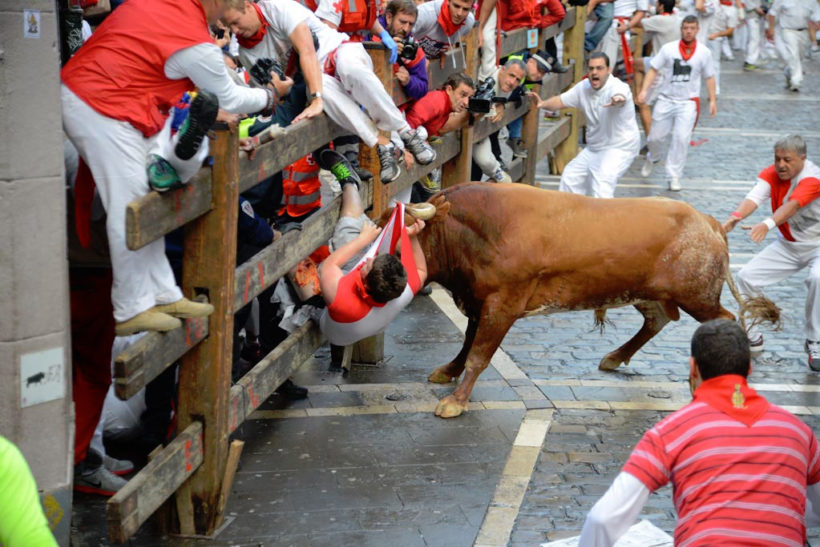 Since last Saturday and up to today, some other patients have been discharged from hospital,  namely, E.G.E. from the town of Burlada (Navarra), F.E., a 46-year-old man from Pamplona who received a goring in the bullrunning of the10th of July; the North-American, Bill Hillman, who has recovered from a goring to his right thigh which he received on the 9th of July (photos); the runner from Valencia, J.R.P. who also received a goring to his thorax area on the 9th of July (video); and another runner from Valencia,V.O.M. who broke his shinbone and his peroneal bone in the first Running of the Bulls on the 7th of July.