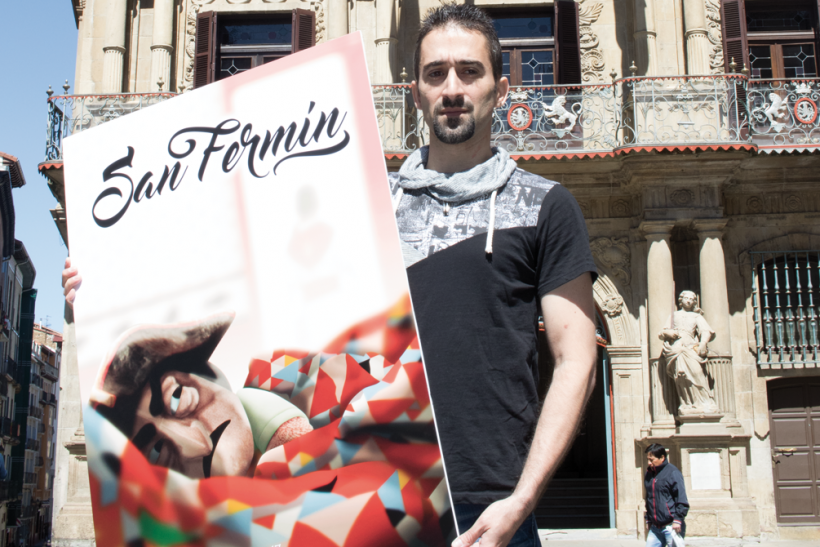 Poster no. 1, entitled ‘Mañanas sanfermineras’, was chosen as the image for the 2017 Sanfermin fiestas after it received 27,4% of the total number of votes from the 5.682 people who took part in this open vote system organized by Pamplona City Hall. The author is Maximiliano Cosatti, born in Argentina in 1979 and who has been living in Pamplona for the past 4 years. He gave a press conference alongside the mayor of Pamplona, Joseba Asirón, and in the presence of the councilor responsible for Culture, Language and Sport, Maider Beloki. The prize money which went to the winning poster was 3.600 euro.

Maximiliano Cosatti has a degree in Design and Publicity Work, and he first worked in this field in Argentina. In 2016 he designed a stamp which is currently used, ‘Universo Cervantes’, after winning first place in the II National Competition for Stamp Design – ‘DISELLO’ – organized by the national post office entity. Last year, another poster of his, was selected among the 100 finalists and it was on exhibition in some commercial premises during the year and in the Jara’s Hairdressers in the neighborhood of Mendillorri.