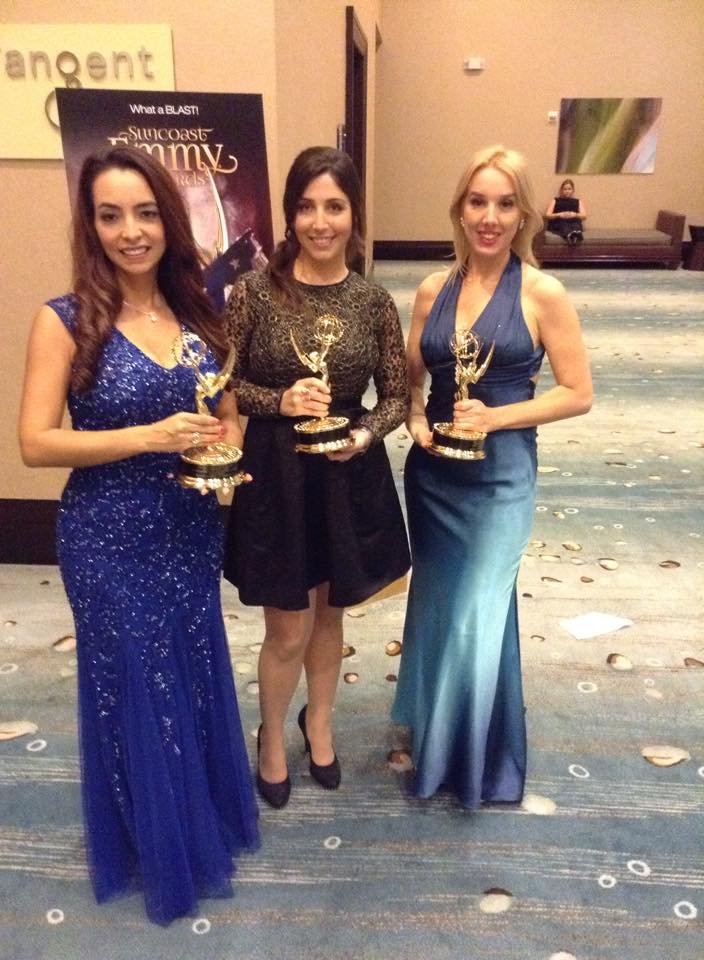 Pamplona Journalist, Adriana Navarro, has been awarded an Emmy by the USA National Television, Arts and Sciences Academy for a report about Sanfermin. Navarro is currently working on the América TeVe TV Channel which broadcasts in Spanish from Lauderdale for the Miami region in Florida.

The report on Sanfermin was entitled “Toros y Fiestas en San Fermin” (Bulls and Fiestas in San Fermin) and it was shot during Sanfermin 2012. The work of Navarro was for this particular chapter, and it is part of a series which is celebrated each three years within a category of History and Culture along with eight other programs. The award went to this report from Adriana Navarro along with two other chapters. See the complete list.

The report shows Adriana Navarro reporting from several of the different classic events such as the Txupinazo opening rocket and the morning “almuerzos,” (‘brunches’) where she actively participates in one such meal even as she holds her cordless mike in her hand, and reports on the whole scene.