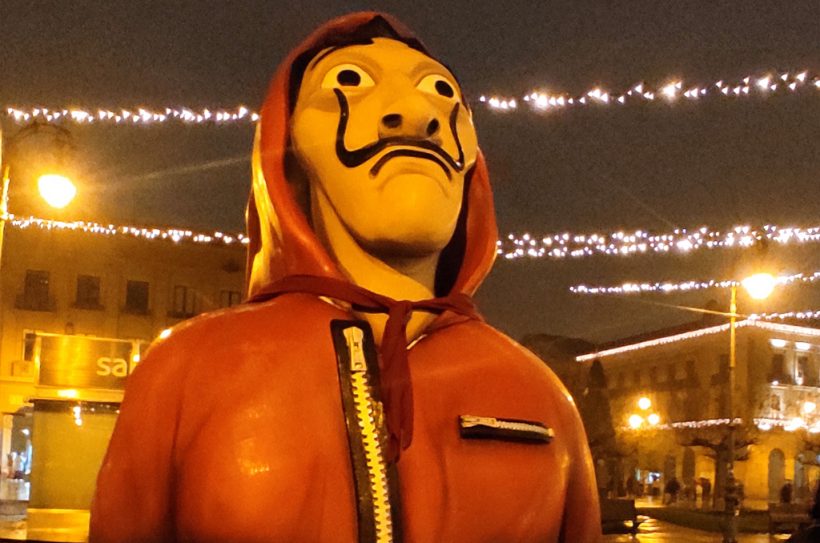 The final season of “The paper house” is already succeeding on Netflix and we have waited a few days to tell this and not reveal anything about the plot. We are not going to tell anything that we should not but the defense of the Sanfermin festival that takes place in the protagonist “Pamplona” in these chapters has been very exciting. The actor is Ahikar Azcona, who is from Pamplona, ??and he makes this defense as if he did not need a script. In one of the chapters, a look back in time is made where the moment in which one of the members of the band chooses Pamplona as a name is discovered. At that time, faced with the advice of the other members present to change the name, he points out: “Have you not been to Pamplona? The most brutal festival in the world is celebrated there: Sanfermines. Even the Japanese come to run in front of bulls. Hemingway wrote a novel. He studies at American universities. Do you know what it’s called? It’s called FIESTA. Do you want jarana? Well, you go to the fucking Sanfermines. “

The character of Pamplona, ??as we see, makes a defense of the party very much in line with the character that is very stimulating when the Sanferminero is going for you. The worldwide diffusion of this series makes this reference to Sanfermin as one of the ones that will be seen the most around the world.

Pamplona dawns with a bust of the paper house

La Casa de Papel and Pamplona have several ties. Ahikar Azcona is from Pamplona, ??like Najwa Nimri and producer Álex Pina, although only the former usually lives in Navarra. That is why a few days ago the Vancouver production company carried out a promotional action in the Plaza del Castillo in Pamplona with the appearance of a three meter high allegorical bust. In addition, a few days later a Sanfermin scarf was applied to that bust with the brand of the band’s characters. We do not know if that last action responds to the producer or to a spontaneous one.