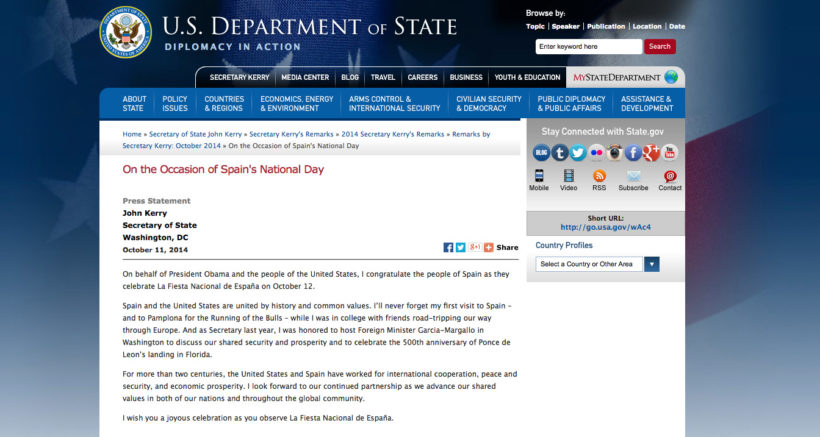 The American Secretary of State, John Kerry, spoke in the name of President Obama- when an official statement of congratulations was issued from The USA Government to toast Spain on the celebration of its annual national day – the Día de la Hispanidad. In his statement, Kerry made mention of the Sanfermin Running of the Bulls and of his own participation in the Pamplona Fiestas. The text was published on the 11th of October, in the segment “Diplomacy in action” on the web site of the Department of State of The USA. This is not the first time that this has occurred as he also used the same reference in his congratulations last year, which shows, perhaps, the intensity of his Sanfermin memories when it comes to making reference to Spain. In January, 2013, the United States Ambassador to Spain at that time, Alan Solomont, revealed that new Secretary of State, John Kerry, had once participated in the running of the bulls in Sanfermin, back in the 1970s.

This reference to the Running of the Bulls in Sanfermin is perhaps from someone from the highest level of political importance ever made up to now.