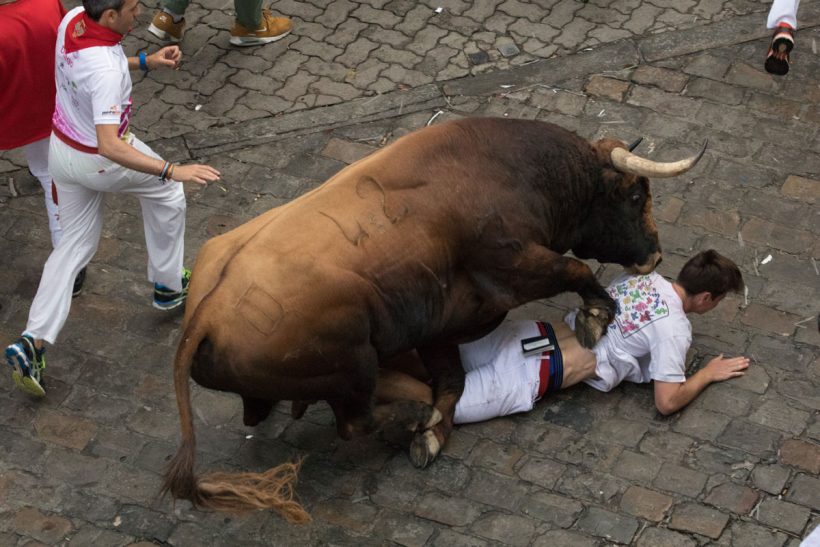 Although “Huracán” was faster than any hurricane, and even though it passed over anything and everything in its path, and the normal thing to expect from this big muscular bull would be to cause a pile of injuries – the fact is that this third Running of the Bulls of Sanfermin 2017 finished without any serious injuries to the runners, including the young runner who was stampeded over at the Telefónica stretch.

As can be seen in this sequence of shots taken by Maite H. Mateo, this runner is knocked over by the big muscular bull that goes by the name of, “Huracán”. The bull charges straight at him, as it had already done to several runners along the course, and knocks him flat on his face to the ground. In fact, in this case, both man and beast get knocked over. The panic-stricken face of the runner says it all. By the way, should anyone find the wallet, passport or whatever it is that has fallen out of his back pocket as he gets knocked down, please return it to him and help put a smile back on his face.