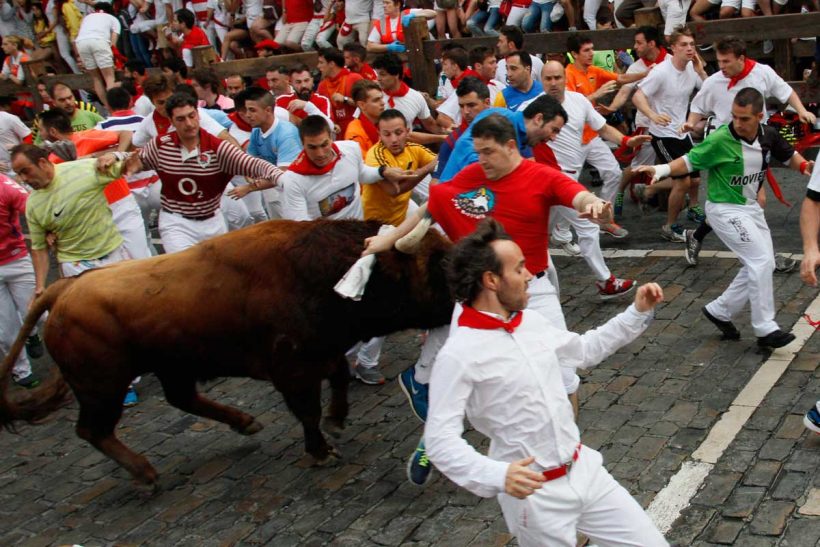 The first half of this fourth Sanfermin Running of the Bulls was relatively quiet, but from the stretch at the end of Estafeta Street onwards, things began to get out of hand and were a sign of what was to come at the entrance to the bull ring.

Two runners are racing along the stretch at Telefónica – one of them in a red tee shirt and the other in a blue one – and both were just a tenth of a second away from being gored, one in the arm and the other in the leg.  The one in the red tee shirt – a well-known regular runner by the name of Juan Pedro Lecuona– gets his shirt hooked by the horn of the bull and just barely avoids having his skin jabbed open; the one in the blue tee shirt, has his leg lifted up by the horn for an instant and the runner is then tossed without being caught on the horn of the bull. Two very lucky runners.