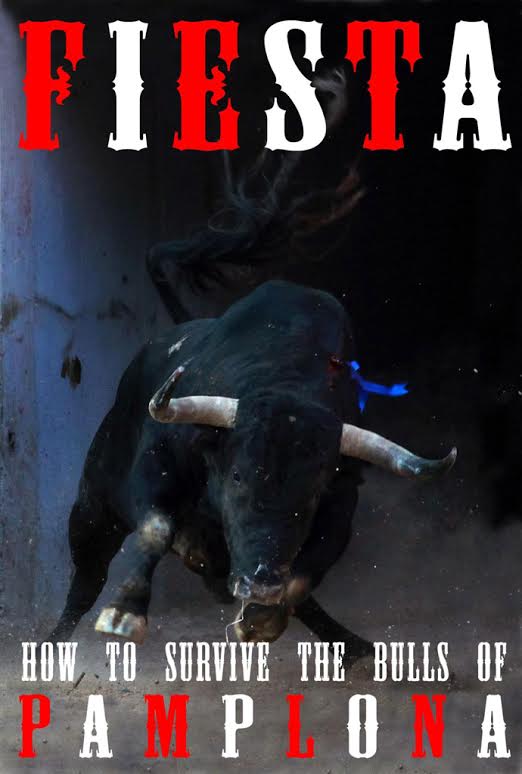 Hemingway has written “FIESTA”, again – well, almost. This time it is, in fact, John (Hemingway) who, incidentally, was chosen as Kukuxumusu Guiri del Año 2011 (Fiesta Foreigner of the Year)– and he has now written this book with the idea of explaining to all would-be runners from the Anglo-Saxon countries just what the bullrunning entails. In addition, he has the help of a trio of Joe Distler, Bill Hillmann and Alexander Fiske-Harrison while photographer Jim Hollander, provides the accompanying images. Perhaps the most curious contributor of all is Beatrice Welles, who provides some unedited memories of when she came to Pamplona for the first time in the company of her father, Orson Welles. (Orson Welles first came to Pamplona back in the 1940s, when he was in Spain filming El Quixote, and he returned again in 1963.)

The book costs six euros and it is being sold by Amazon for Kindle and for smartphones. All four writers are men who have both literary experience as well as experience of running the bulls in Sanfermin. While some have had more experience in running than others, all of them write well about their initiations in the bullrunning and their love for the annual event. And now they have transmitted in well-written narratives their experiences and viewpoints for all those who might find themselves in a similar situation of wishing to take on the experience of running in the bulls.

The book has been published by Mephisto Press just a few days ago and it is published in English under the title “How to Survive the Bulls of Pamplona.” The text is distributed by Kindle and it consists of 217 pages. One of the authors tells us that if anyone shows him the book in their smartphone during these coming Sanfermin fiestas, he will put his signature on the back and invite the person to a glass of wine. However, for the moment, we will not reveal the identity of this particular author.