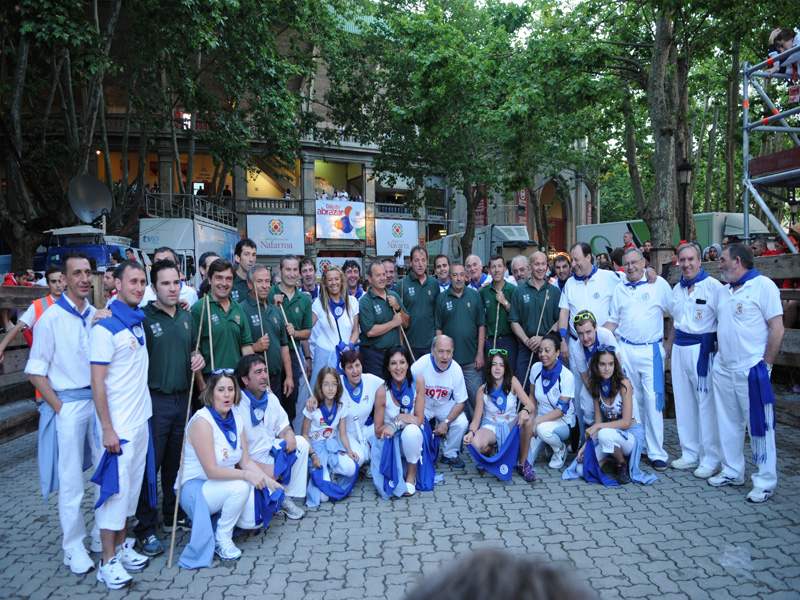 As they do each year, the La Jarana Peña has made its annual Bombo de Oro award which always goes to some personality or collective that is relevant in the development of the Sanfermin fiestas, without which the fiestas would not be quite the same.

Some members from the Peña awarded them with the typical blue neckties which are worn by this well-known Peña club just before the start of the running of the bulls today. We see them posing just outside the doors to the bullring.