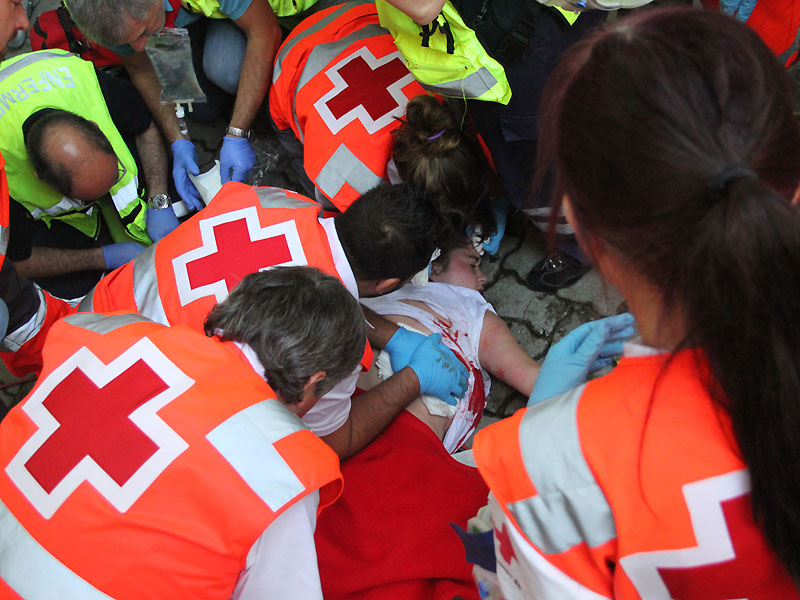 The first woman to suffer a goring was the Norwegian, Anne Karlin Kvan, aged 24, when she received a goring at the entrance leading into the bullring on the 8th of July, 1991. She had to spend the next eight days in hospital after the incident. She was not a runner, but had been sitting on the fence and came onto the course when she thought all the bulls had already passed. She failed to see the rear bull come up behind her and it gored her in her leg. In those days it was very rare for a girl even to be seen inside the fencing.

Some ten years later, the North-American, Jennifer Smith, aged 29, suffered an injury in the first running of the bulls of 2001. She suffered a goring to her right thigh as well as concussion to her head in the middle of Estafeta Street. She spent 17 days in hospital.

Finally, 19-year-old Elinzey Sain from The USA was gored to her knee at the Telefónica stretch in the first running of the bulls on the 7th of July, 2002. After spending eight days in hospital in Navarra she was moved back to Kansas to continue with her convalescence.