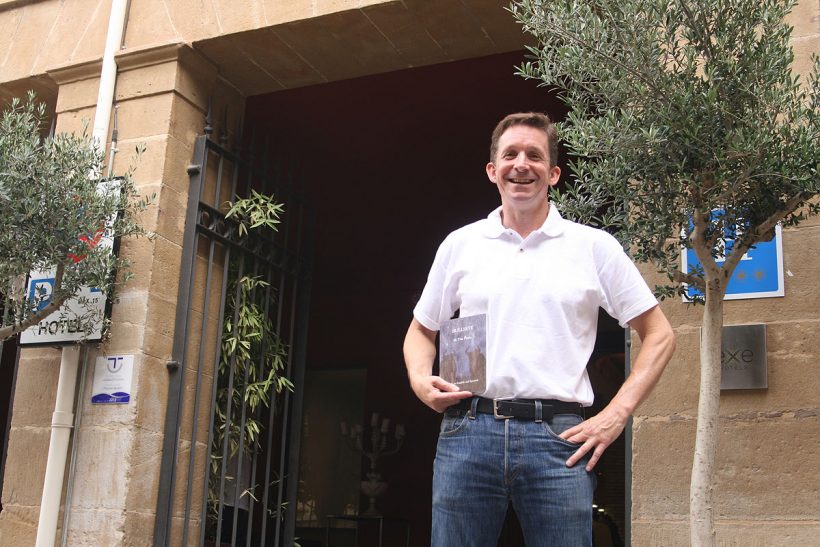 Englishman Tim Pinks will be acknowledged as Foreigner of the Year in Sanfermin 2016 with the award of the XIII Guiri del Año Award, which is bestowed each year during Sanfermin by Kukuxumusu and Sanfermin.com to a foreigner visitor to Sanfermin fiestas and who stands out for their passion and love of the annual fiestas. In this, the thirteenth edition of the awards, this English columnist and writer will don the mantle conceded by last year’s winner, Frenchman, Jean-Pierre Gonnord.

Upon hearing the news of his award, Pinks expressed his surprise with a typical English understated humorous point of view: “but surely, I am not a foreigner…to these fiestas…. However, I am really glad to accept the award of course, and I think it is quite a fun thing to have. Although I am not a true-blooded PTV(a born and breed Pamplona citizen) and I do not have any Navarra blood in me, I still like to think of myself as a true PMV(a Pamplona citizen for the greater part of my life). I think it is certainly true to say that I have more red patxaran in my veins than any ordinary blood.”

Born in Tripoli (Libya) in 1962, Pinks first discovered Sanfermin fiestas in 1980 thanks to the book “The Drifters”, written by James Michener, which includes a chapter about Pamplona and its famous fiestas during the final years of the 1960s. “I found it hard to believe that a fiesta scene with such mediaeval origins could have lasted right through to the XX century. I said to myself that I just had to check out that scene for myself and so, in 1984, I managed to arrange my first visit to Pamplona. It turned out to be such an incredible experience for me that, 33 years later, I have never missed a year and I still find it hard to believe that it can exist in this day and age. For me Sanfermin is Paradise on Earth and Pamplona and its people the best thing that exists in the whole universe”.

Tim Pinks is a well-known figure among the many Anglo-Saxon visitors that regularly come to Sanfermin year after year. In fact, he has also collaborated with the local media with articles written in English for both the local newspaper Diario de Navarra as well as for Sanfermin.com. He has also published two books – so far – about Sanfermin: “Bullseye” published in 2012 in English, Spanish and Basque language and his latest one ‘Once upon a time in Pamplona’, written and published in 2015.

As well as writing about many different aspects of the Sanfermin fiestas, he also keeps a special corner in his heart for his great passion – The Running of the bulls. He first ran in 1984 and continued to do so up until 1999. He is the first to admit: “I was never a great runner by any means, but neither was I stupid and indeed I got some great moments from the event that will last me a lifetime. To be able to run with those majestic noble beasts was a great honor and a great pleasure for me. It was almost like being able to run with dinosaurs, I guess. I can clearly remember running once, during one of my rare successful and blissful runs and feeling that I was floating on air, flying along but without any kind of plane – just pure ecstasy”. 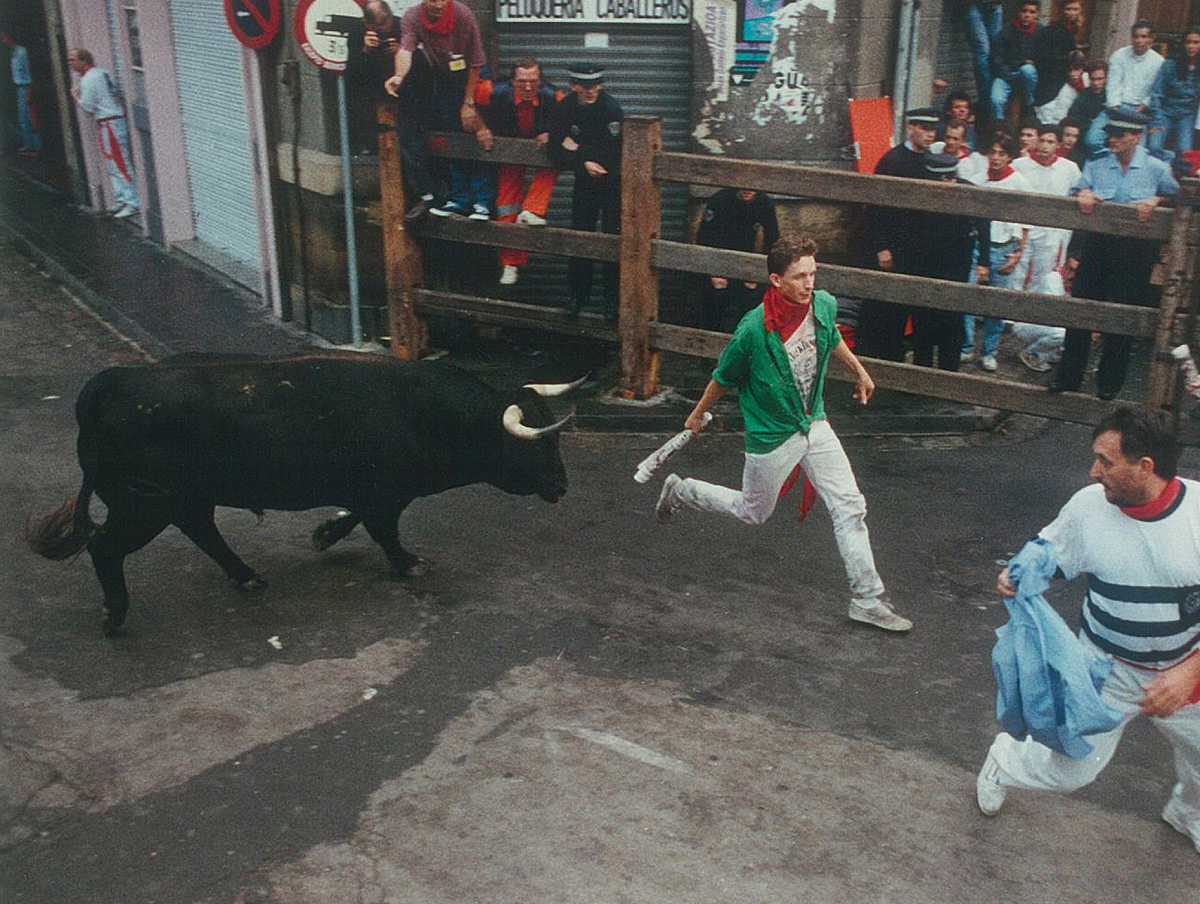 Pinks will receive the award on the 9th of July, at an event which is expected that all the previous award winners who are in Pamplona will also attend. Pinks will give a short talk on the day about what the fiestas mean to him and outline the reasons why he thinks he has been given this award : “My contribution to the fiestas?: well I guess, my body…my enthusiasm and my true love for this great town, for its people and its fiestas. What has been really important to me has not been my contribution but rather what I have received from such a beautiful city and such a great people and from such a wonderful and unequalled fiesta that is Sanfermin”.