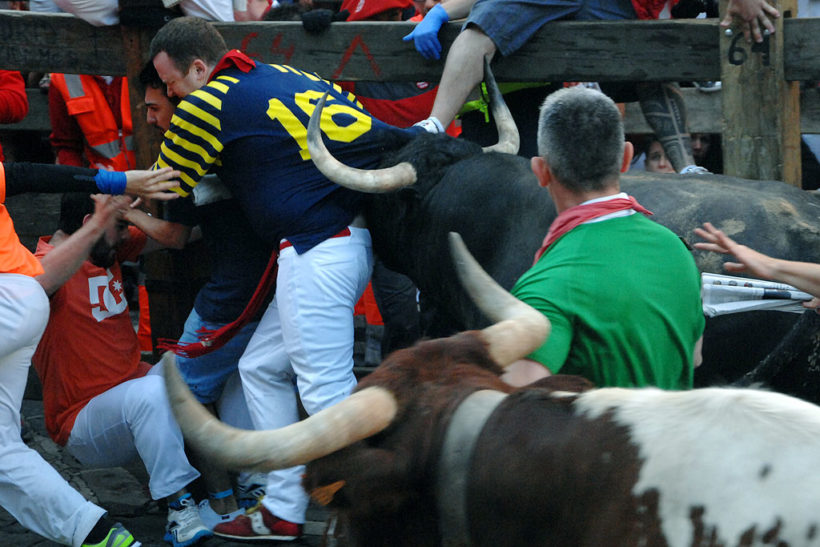 At the end of Estafeta Street, and while one of the veteran runners was going through a sticky moment in front of a bull, another runner, with number 16 on his back and holding a rolled-up newspaper, had to contend with one of the Conde de la Maza bulls, which seemed determined to give him a kiss on his back, at any price.

The runner had made a good correct run but he found himself confronted with a mini-pile-up just beside the fencing which prevented him from moving forward. The advancing bull – showing no malice, no desire to charge and certainly no wish to gore the runner – only bluntly rubbed his snout against the back of the runner. No doubt the runner felt the breath of the animal because he even had his shirt pulled up.

There was nobody injured, no blood and no love. Just a kiss. Or a sloppy lick.