After the incidents registered last year at the annual “Encierro de la villavesa” (‘bus-running’) also known as the encierro del día 15 , this year of 2013 saw this non-official and popular event get back to its origins and the whole thing was celebrated in a natural way from its start at the Santo Domingo first stretch all the way to the bullring. There were no confrontations with the local police nor any real interruption of traffic or any other mishap as had sometimes been the case over these last few years.

With a certain unpunctuality, as the bicycle which has the role of the bulls, had an unforeseen breakdown, it was seven minutes after eight in the morning when the special – espada de Induráin bicycle – started off on the Santo Domingo slope. There were about 500 people present as well as a pantomime San Fermín figure seated at the niche of the saint. The “running of the bus” was played out in a normal fun-loving manner, with plenty of laughs and songs. Although it must be said that a sector of the participants seem to want to politicize the event by shouting slogans and insults against the authorities. This prompted the bicycle and its rider and some of its more immediate followers to call a temporary halt to the proceedings in protest and they expressed a wish to keep the event at a non-political level.

The group finally arrived at the end of Estafeta where some of the group served as “traffic lights” near the crossing towards the bullring. Here, on some previous years there had been some confrontations after stopping the traffic but this year there was no police presence at the spot and there was no real traffic disruption, save for the few seconds it took the group to cross the street.

After the mutual round of applause on reaching the bullring, “Induráin” and his bike considered that this particular “running of the buses” had come to an end and many other people followed him up Amaya Street on the road homewards. The crowd gradually dispersed with calls and salutes and promises to meet up next year at the same event once again. 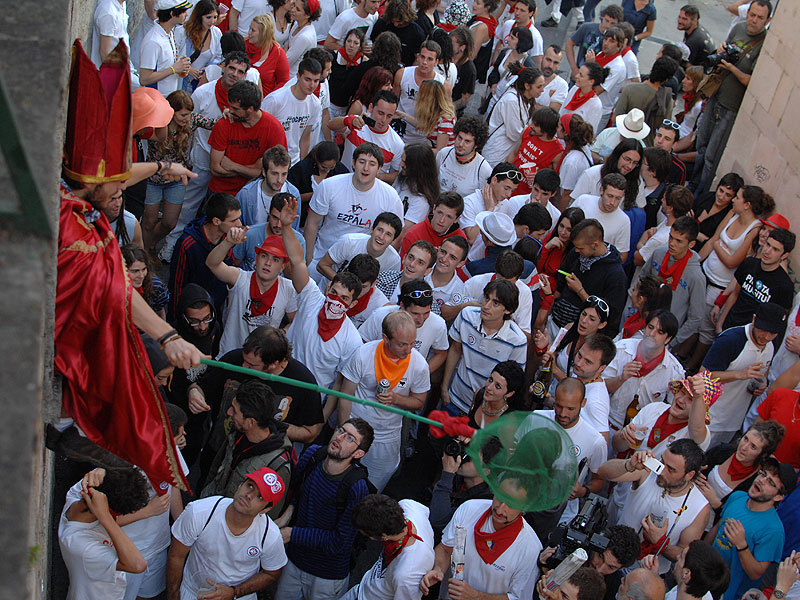 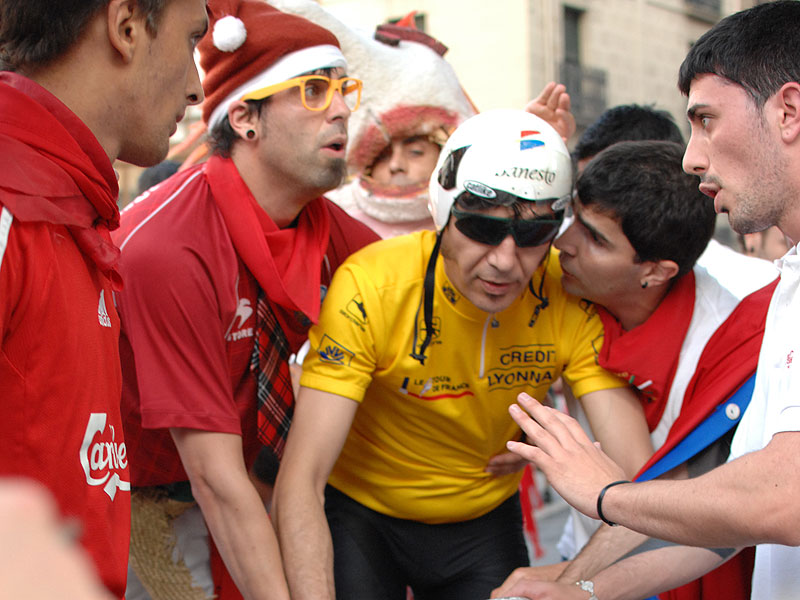 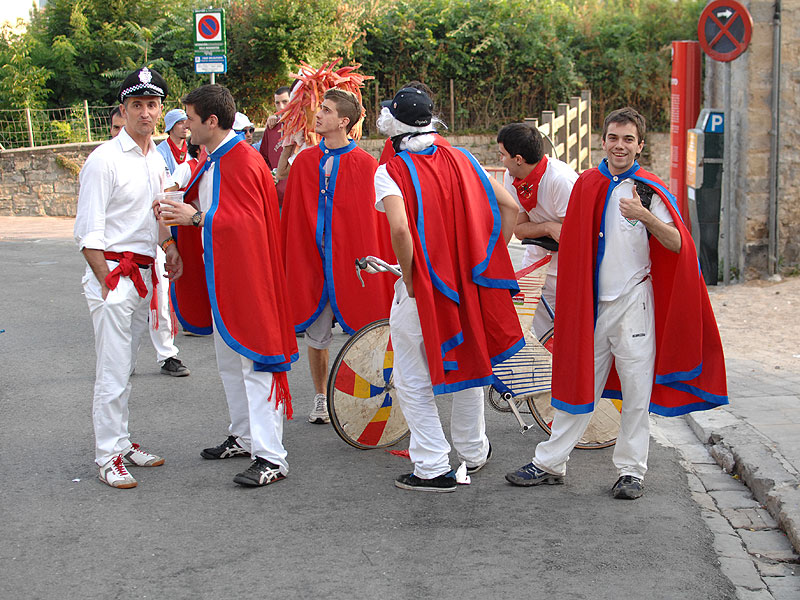 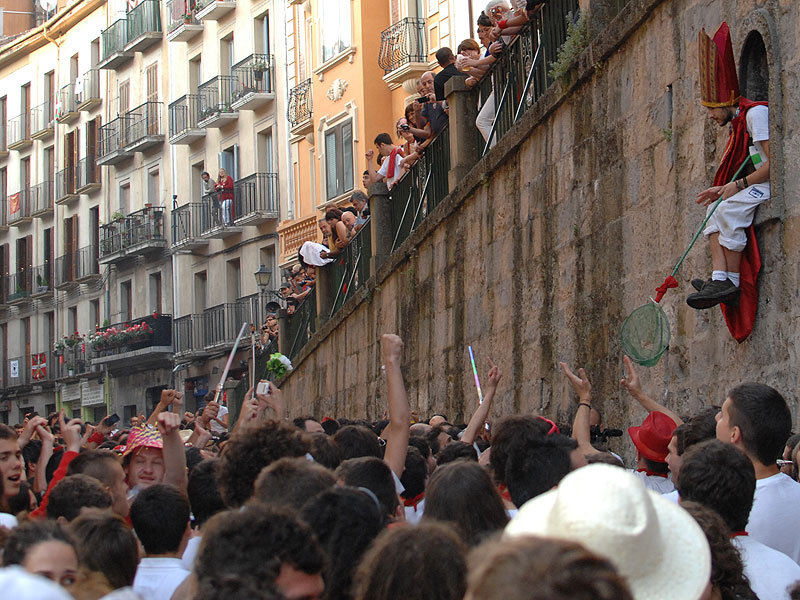