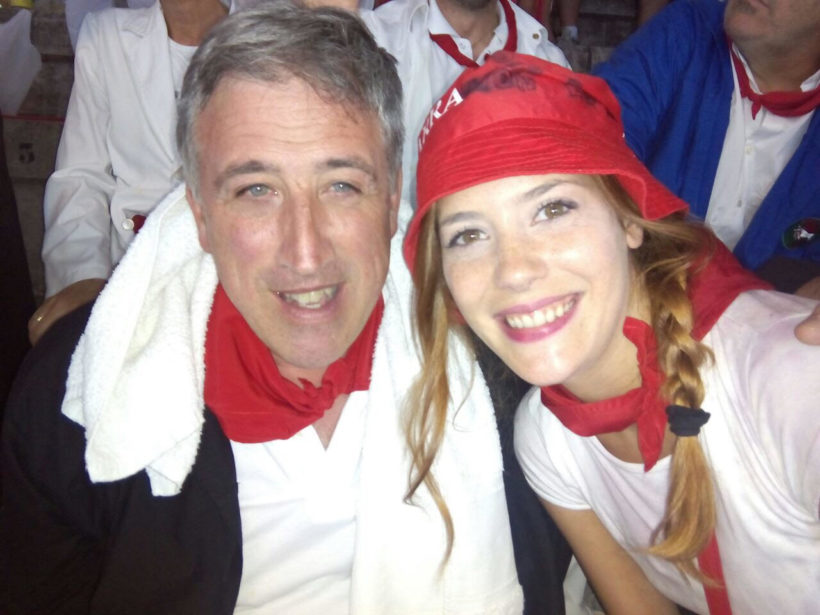 It is normal to see the Mayor of Pamplona at the bullfights during Sanfermin, but what is not very normal is to see the Mayor of Pamplona in the ordinary stands on the sunny side of the bullring. Leire Sádaba, a journalist working at sanfermin.com, could not resist the chance to take a selfie with Joseba Asirón, the recently-elected mayor, high up in the 10th row of the stands, for our web page. And indeed, this is a rare occurrence and perhaps without precedent, to find a Mayor of Pamplona in the popular stands and away from the comforts of the official seats on the shady side of the Pamplona bullring.

Joseba Asirón had gone along to the afternoon bullfight in the company of his brother and his son to the 10th row of the stands in order to watch the bullfights like any normal citizen, with his cap and towel to protect himself from the strong rays of sun. In addition, Asirón wore the classic Peña clothing of a black overall, red sash and, of course, the classic red Sanfermin necktie.