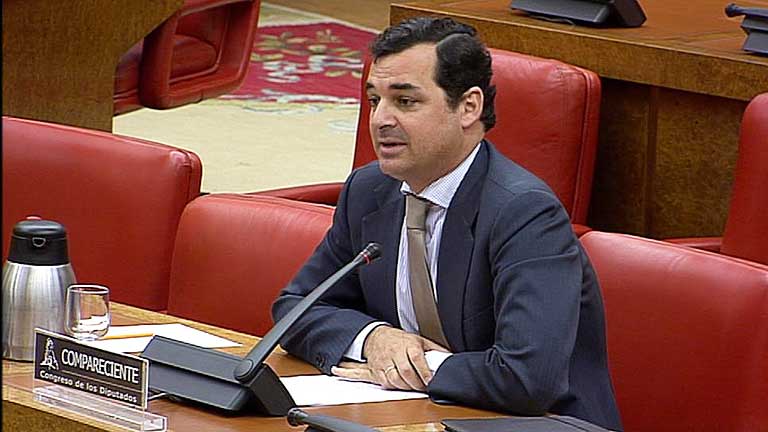 The president of RTVE national TV, Leopoldo González-Echenique, appeared before the Parliamentary Mixed Members Control Committee to respond to questions about the bullfighting programs on the state television channel as well as to answer other questions related to national television broadcasting. In answer to a written question presented by Chesús Yuste – from the Left Wing Party, Izquierda Plural- we were able to discover that between 2007 and 2011 RTVE spent an average of 608.533 euros per annum in covering the Sanfermin Running of the Bulls event. This figure is reached by adding a total of 1.670, 665 euros in costs on this event, according to Gonzalez-Echenique spent by RTVE on covering the bullrunnings during San Fermín between the years 2007 – 2011, plus a series of other costs that came to a total of 1.372.000 euros during the same period (total cost: 3. 042, 665) and dividing this figure over a five-year period, results in an average of 608.533 per annum.

Competition, incomes and viewers
Between the period from 2007 to 2009 there was a competitive television scenario with regard to the running of the Bulls, when both the private Channel Four TV and the RTVE national TV competed for viewers as they both broadcast the event. During these years there were some notable technological improvements made by both channels in the quality of the coverage. Among these, might be recalled the mini- cameras on poles used by RTVE on some of the stretches of the course. They also introduced the use of a large crane in Estafeta Street and had HD. The slow-motion camera work was an innovation from Cuatro TV while RTVE was prohibited from filming inside the course with manual mini-cameras. In revealing these figures, Leopoldo González-Echenique failed to provide data on the income accrued from publicity over these years. This data would be interesting to know as the national television was broadcasting TV spots and commercials up to 2010 and it would have been likely that the running of the bulls would have been a lucrative source of advertising income for the RTVE channel given its large share of audience and it would be curious to know what kind of fees were paid for the publicity broadcast during those years.
Another point to underline is that this cost, although it might seem high, is not so very high when we consider the number of viewers that the event attracts. Between 2007 and 2011 RTVE achieved an accumulated audience of 27, 3 million viewers just for the broadcasts on TVE1 (Not counting their 24-hour news channel nor TVE International).
• 2007 4.762.000
• 2008 4.801.000
• 2009 4.944.000
• 2010 6.679.000
• 2011 6.125.000
In addition, in 2010, RTVE surpassed a figure of two million viewers for the first time in its history in one single day. On the 7th of July, 2010 the TVE broadcast on Channel TVE 1 (without any competition from TV Cuatro that year) had a total of 2.175, 000 viewers.