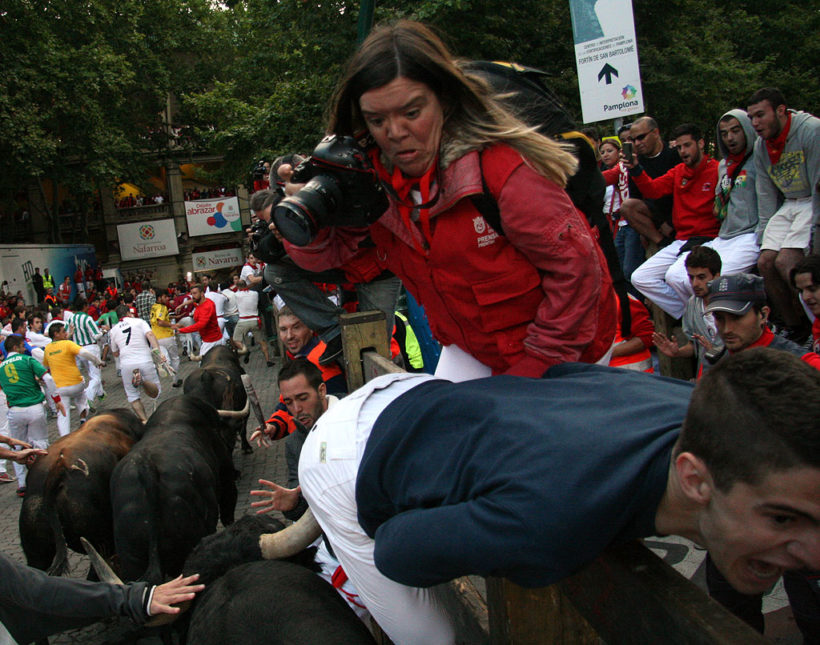 The Jandilla Running of the Bulls did not cause any gorings, although there were lots of close shaves and horns threatening the runners. Just like the young runner here, who was running on the right side of the fencing at Telefónica, when he suddenly realized that a bull was just about to gore him in the backside. Sharp agility on the part of the runner, with an acrobatic leap over the fencing, prevented him from suffering any mishap, as can be seen in this series of photos from Mikel Lasa.