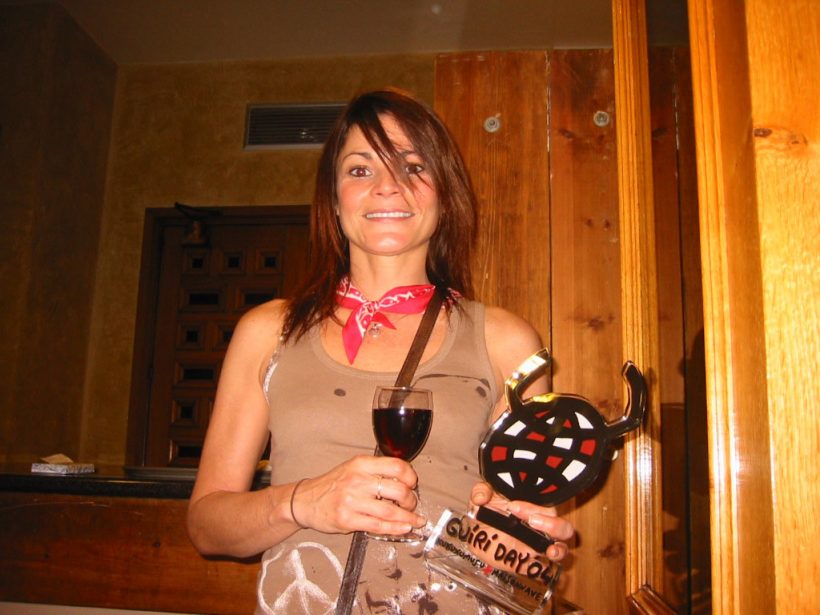 The Puerto Rican, Carmen Margarita Alicea Mirabal, who resides in Australia, was presented with an award as The Foreign Visitor of the Year for Sanfermin 2004. This innovative award has been jointly created by Kukuxumusu and The Maisonnave Hotel and has been awarded for the first time this year, coinciding with the traditional “Guiri Day” (Foreigner’s Day). The event took place in the Maisonnave Hotel and was attended by some of the members of the foreign peñas who are in Pamplona these days for the fiestas.

The award is seen as a homage to all those many foreign visitors who come to Pamplona for Sanfermines. The plaque was presented to Carmen Alicea by Koldo Aiestaran, one of the founder-members of Kukuxumusu, in the presence of the hotel director, Juan Luis Barber. The award-winner expressed her appreciation for the recognition of her ten years of successive visits to the Sanfermin fiestas. Carmen Alicea has been resident for the past fourteen years in Sidney, Australia but was born in San Juan, Puerto Rico. 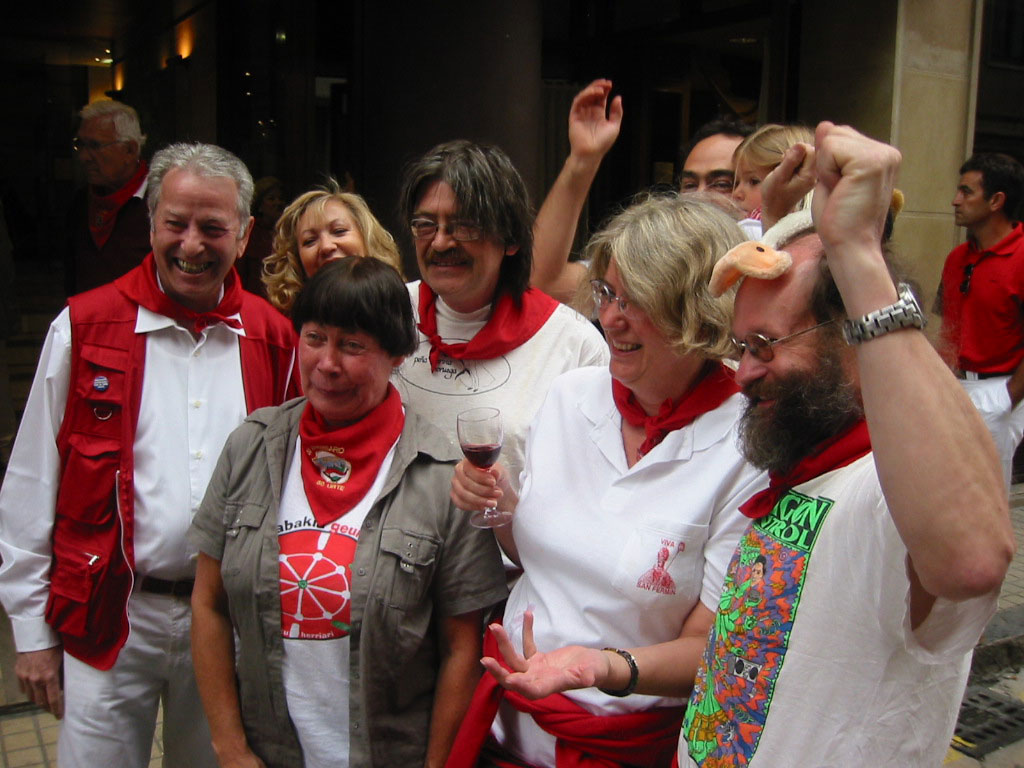 She first came to the fiestas in 1995 when she made a long tour around both Asia and Europe. She was immediately captivated by the fiestas and has never failed to come back each year since then. She confessed that what she most liked about the fiestas was “the partying, the dancing, the eating, the endless enthusiasm in the streets, meeting new friends and watching the running of the bulls.” After the presentation of the award there was an aperitif offered to the attendance, among whom were some members of the Peña Taurina from Norway and the Peña Sueca from Sweden.