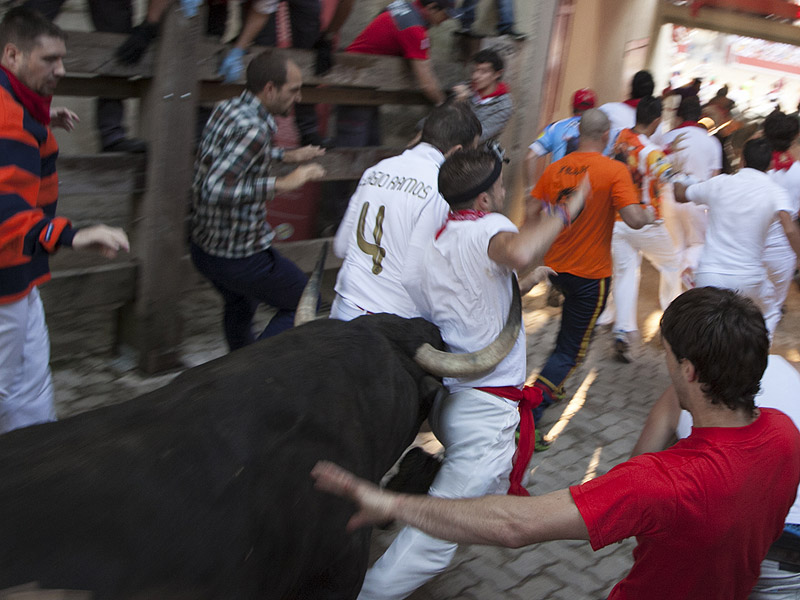 During all the Running of the Bulls this year – and indeed, over these previous years – it is common to find runners who carry cameras and who record the running as it happens. They used to carry them in their hands but now with the proliferation of the GoPro these provide a safer way for those who have them and also for those people around them.

At today’s running, one runner who was carrying one of these cameras at the Telefónica stretch got the fright of his life when he felt the horns of a bull on his back. Luckily, for him, the bull only “embraced” him with its horns, without giving him a goring.

It should be remembered that a ruling from Pamplona City Hall made for Sanfermin 2013 specifies the prohibition “of taking photos or using any kind of video camera without due authorization”. 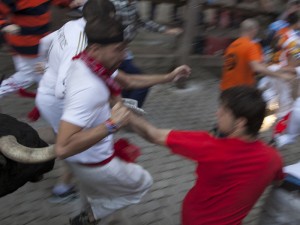 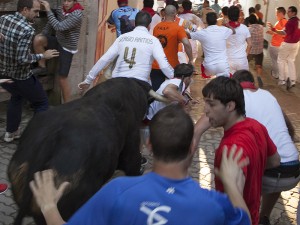